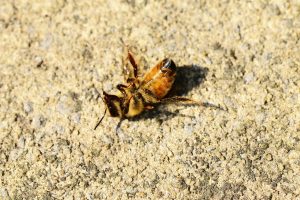 I read the headlines reporting devastating honeybee kills near the South Carolina coast.

Why are millions of honeybees dead in South Carolina ?  My heart aches for fellow beekeepers who lost colonies.

Thankfully, I am in the upstate of South Carolina and far away from the affected area. This does not mean I am without angst.

Only a beekeeper can understand what it means to go outside and see piles of dead bees.  I can only imagine the range of emotions.

Why Spray for Mosquitoes?

Public health is the responsibility of government authorities.  These groups must protect the citizens from unhealthy situations wherever possible.

Mosquitoes breed in still water and are a big nuisance.  Even worse, mosquitoes bite and spread disease to humans .

The marshy coastal areas are a haven for mosquitoes.

Aerial spraying can be one part of a plan.  This is especially true in an area that is large and not easily reached by vehicle.

Aerial spraying can be accomplished in ways that will minimize bee kills.  See CCD recommendations Here.

Beekeepers living in areas where mosquito spraying is common must  list their location in a database.

Officials notify beekeepers of the treatment window giving them time to take precautions. The beekeeper has several options to give protection to their honeybees.

Some beekeepers will move their hives temporarily to a location out of the treatment zone.

Most of the beekeepers that I know will close up their hives (block the entrance) during late evening and throw a wet towel over the hive.

This action keeps the honeybees inside the hive until the pesticide has some time to dissipate.

Otherwise the beekeeper can return to the hive and find the honeybees dead.

The zika virus is of great concern to people worldwide.  This virus spreads by the bite of an infected mosquito.

There is a possibility of Zika passing from a pregnant women to the fetus resulting in birth defects.  There is no vaccine or treatment for Zika.

Zika virus cases have been reported in a dozen counties in South Carolina.  Dorchester county had the highest number of confirmed cases (8).

What Must Have Happened

According to various news reports, authorities of Dorchester county usually spray for mosquito control from a truck on the ground.

The threat of Zika virus must have prompted authorities to quickly implement an aerial spray campaign.  The disaster happened when the authorities failed to notify local beekeepers.

Also, most aerial spraying is done at night while the bees are naturally in the hive.  One report said the Dorchester spray happened early Sunday morning.

Millions of honeybees left their hives Sunday morning for work and never returned.

If they did make it back to the hive, they brought poison with them that quickly killed the rest of the colony.

When area beekeepers realized what was happening they rushed to the hives and saw destruction.  Millions of honey bees dead.

I can only image their frustration and sadness.  Now new bee colonies will need to be purchased and that costs a lot of money !

Everyone involved in the spray operation had the very best of intentions and an intent to protect citizens.

However, I find it hard to understand why no one thought to notify the beekeepers.

The plight of the honeybee and other pollinators is a constant source of media attention. Beekeepers have suffered expensive loses with their honeybees dead.

Thankfully, we beekeepers are a resilient lot and I’m sure they will pull through.  Our honeybees have enough problems – how many more can they take ?

When Do Red Maple Trees Bloom ?
Next Post: Local Artisans Are A Treasure 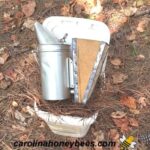 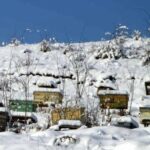