Most birds are omnivores.  Their diet consists of a wide range of foods including small animals, seeds and insects.  However, there are some types of birds that are specialists when it comes to insects hunting.  These birds that eat bees rely on them as the mainstay of their food source.

Do Birds Get Stung When They Eat Bees?

The action of catching and eating a bee takes place so quickly that birds do not get stung when they eat bees. The insect is stunned against a hard surface before being swallowed. Also, if it is a large bee, the bird will rub the stinger end off before consuming.

The vast majority of birds that prey on bees catch the insect while in flight.  The bird glides up to the bee (birds can fly faster) and grabs the insect. Then back to a nearby limb to knock the bee’s head on a hard surface to kill it. The insect is consumed whole.

Bees sting as a form of defense. Foragers working in the field are no match for a hungry bird. Most birds do not attack the whole nest.

The most adapt bee-eaters belong to the bird family Meropidae.  Within this family more than 22 species of birds are known to be consumers of bees.  Thankfully, most live in Africa and not in high beekeeping areas.

These specialized birds have carved beaks that make capturing flying insects much easier.  Of course, they don’t only eat honey bees.  Flies and other insects also make good meals.

But, there are other birds that also consume bees as a major part of their diet. They are known to actively pursue and eat bees throughout the season. For them, it is more than just an opportunity – it is a way of life.

Known and appreciated for their insect catching abilities.  Purple martins eat many types of insects.  Bees, wasps, flies, dragonflies and even fire ants!

Purple martins are found in many regions of the US.  Their glossy black blue feathers give them their name as they look purple in some types of light.  They commonly nest in colonies with many nests close together.  Seeing martin colonies with gourds as nesting units is common in my area.

They are known to be agile hunters that perform impressive acrobatics in air.  Dining on flies, dragon flies, and wasps, they will also eat bees in great quantities if the opportunity is there.

Scarlet Tanagers and Scarlet Tanagers are medium-sized songbirds native to the Americas.  They are small bright colored birds that look similar to northern cardinals.  Like most other birds in this family, they have a varied diet of ants, moths, beetles, flies and grasshoppers.  However, they especially target wasps and bees.

These members of the tanager family are known to consume many bees and wasps during the summer season.  This is actually a good thing as it removes some pests from the environment.  Too many of any insect is not a good thing.  There are predators and prey – both serve a role in nature’s balance.

A large bird that looks much like the native hawks in my region, the honey buzzard is fierce.   It is also called a “pern”. Living in parts of the UK during Summer, they over-winter in Africa.

The honey buzzard is a carnivore and eats many different types of bees, rodents and other birds.  But, adult bees are not the main target of this specialized bird.

Instead, it is the bee’s brood back at the nest that the honey buzzard desires. They have special feathering that helps protect their faces from attack.

In any conversation about birds that eat bees, we can not ignore one that actually has the name bee-eater.  These birds belong to the family Meropidae and there are over 27 different species.

Found mostly in Asia, Europe and Australia, they are beautiful birds with brightly colored feathers and hooked bills.

Bee-eater birds live in large groups that can number in the hundreds.  Male and female mate for life and the whole community shares in raising young.

Bees and wasps make up 70% of the diet of the bee-eater.   They capture the insect in flight using their impressive eyesight.  Bee-eaters can spot a bee in flight over 300 ft away.

Honeyguides are birds in the family (Indicatoridae). A resident of sub-saharan Africa, this bird gets its name from the tendency to guide humans to honey bee nests. There are several different varieties.

The honeyguide exists primarily on the contents of a bee colony. They eat the bee brood or larva and the beeswax. In fact, they are one of the few birds that feeds on beeswax. These birds also feed on wax moths found in the hive.

Not every member of the bird family is a voracious eater of bees. Some birds do consume them if the opportunity arrives but do not necessarily seek out bees.

Eastern Kingbirds are sturdy birds that often harass anything else that flies into their territory – even much larger counterparts such as hawks. Often called “flycatchers” they enjoy dining on insects. If they can catch a fly – a bee certainly poses no problem.

However, they do eat other insects and even small frogs. Their diet also consists of various types of fruit. They are occasional bee eaters and do not represent a large threat.

The common cardinal or redbird is a well-known songbird.  Appreciated by bird-lovers everywhere, the cardinal has a varied diet.

Dining on flies, beetles, worms and snails, it is said they eat adult honey bees near the hive.  This is especially true during mating season when they are desperate for protein.  Other times of the year, they dine on grains, seeds, berries and fruit.

However, they pursue the easiest food source available and are not a major danger to beehives if other food sources can be found.  I have never seen my cardinals bother the hives.

Members of the woodpecker family come in all sizes. You will see small ones that fit in the palm of your hand and large woodpeckers that look rather scary. Their diet consists of various insects including ants, termites, grubs, carpenter bee larvae and yes on occasion honey bees.

In some regions of the world, they can be a problem for out-apiaries that are secluded in wooded areas away from homes.

It seems that the woodpecker only cause a problem for beehive in times of desperation when natural food is not available. This is a natural response to any living thing trying to survive.

Are Bees Threatened by Birds?

At times you will also find orioles, swifts, thrushes, and mockingbirds consuming bees. But, this does not represent a real threat. They had rather catch easier prey such as: spiders, worms and caterpillars.

Honey bees are not threatened by bird predation.  In fact, the impact of birds on the bee population is minimal compared to other types of predators.

Mice, skunks, shrews and bears do more damage to honey bee colonies than a few birds ever could. In most situations, there are plenty enough bees and other juicy insects to allow for some loss.

Birds also eat pest insects that affect home gardens and agricultural crops. In nature, we must take the good with the bad.

What Should a Beekeeper do About Birds?

Beekeepers in most regions will not be affected by the occasional bird eating their bees. Of course, if you see it happening – it is time to deploy some tactics to scare them away.

The best thing a beekeeper can do to protect the hives is to provide food for the birds. This is especially true during mating season when the need for protein is greatest. A good bird feeder with an animal fat suet block is much easier to catch than a flying bee.

These colorful and amazing birds need to eat too and chances are they will do little to no harm to the bee population near your home. 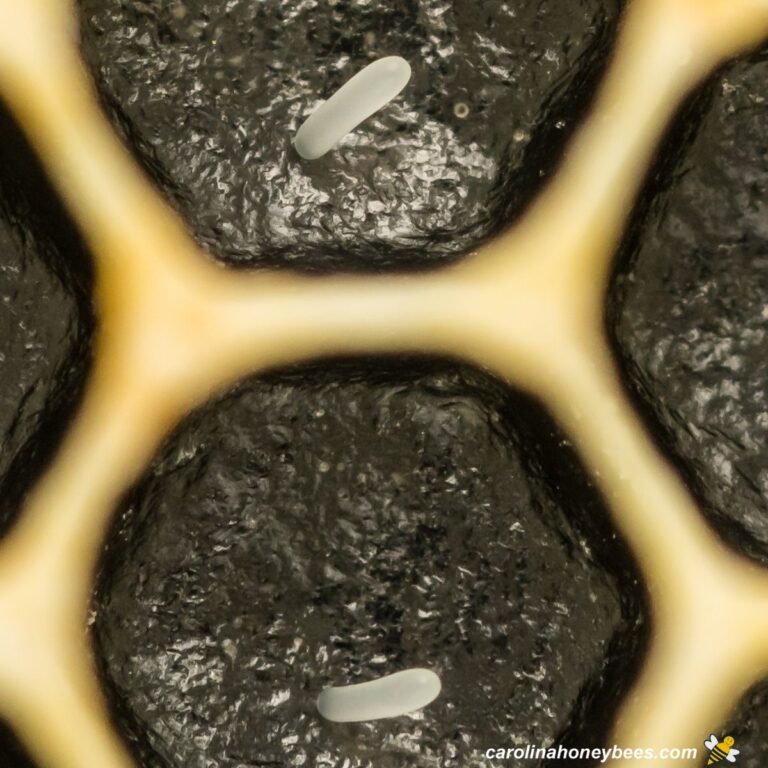 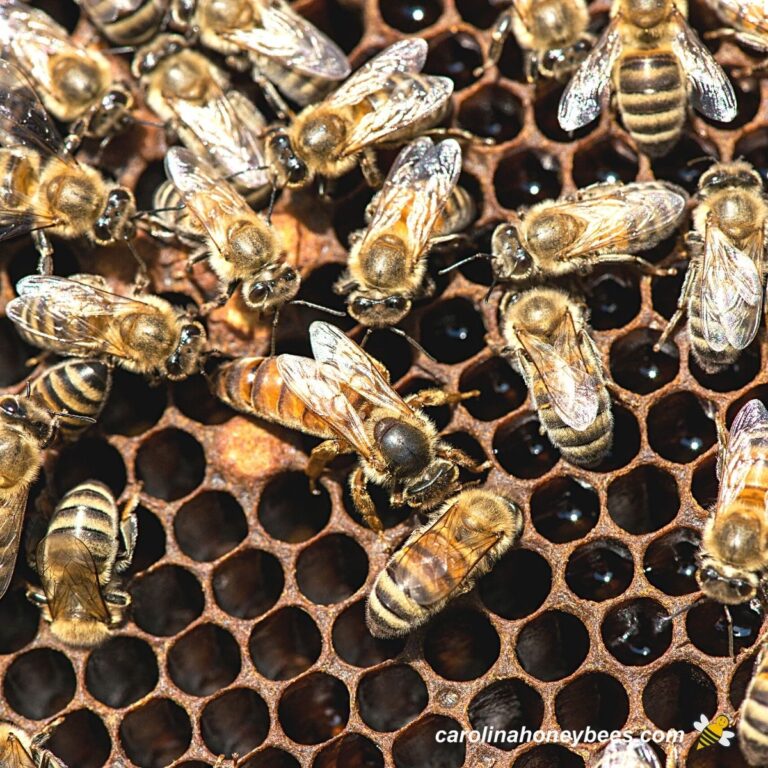 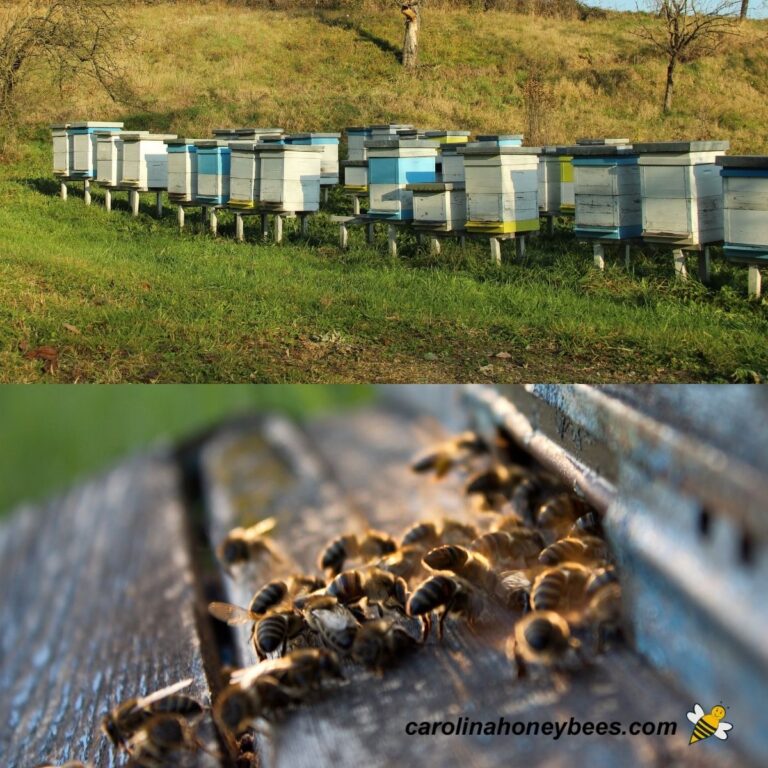 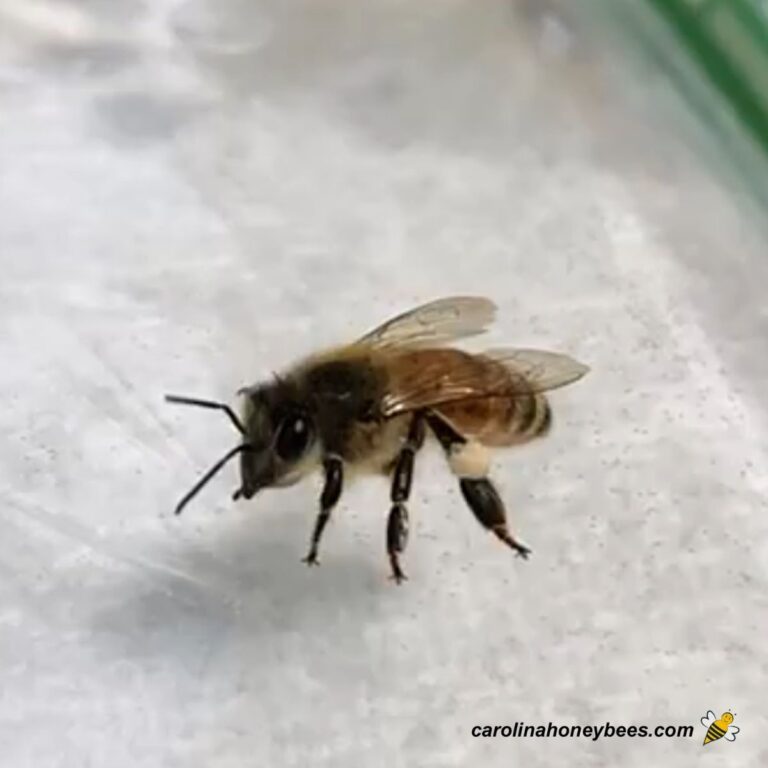 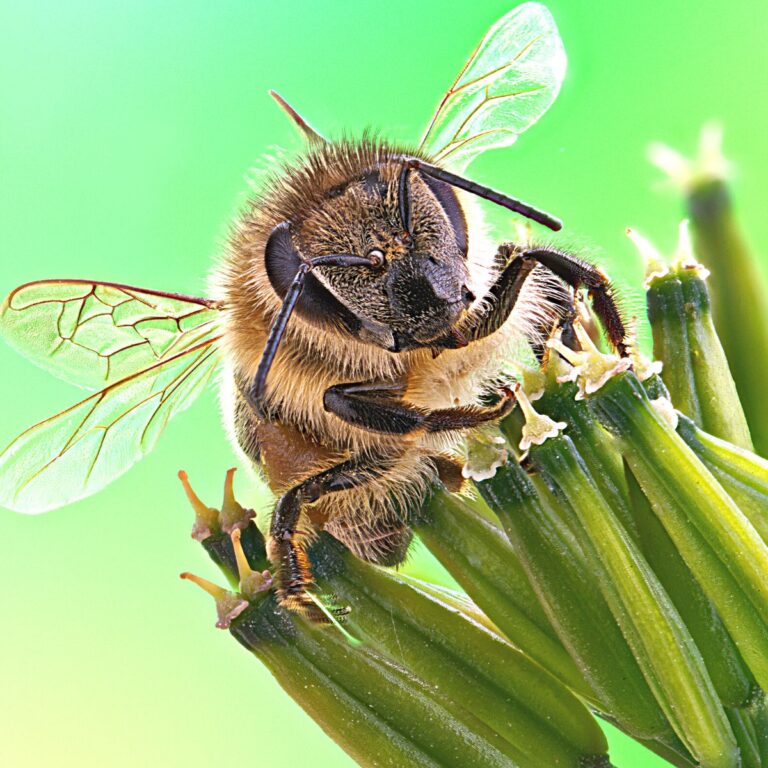