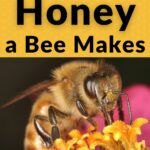 Any study of honey bees must include their remarkable ability to produce honey. Survival over the long Winter months depends on the colony’s ability to store food. Imagine the work involved in storing the pounds of honey that colony life depends on. This brings up the question of the rate of honey production by each bee.

Honey bees live together in large colonies with thousands of members. So, when we look at numbers in regards to what any single bee accomplishes – remember that all these numbers are averages.

For instance, when calculating the how much honey a single bee makes we must average out what we know about bee colonies and foraging behavior. Even then, each colony, bee and location has many variables in play.

An individual worker bee is capable of carrying .25 to 80 milligrams of nectar.  Though this does not mean that she is always returning to the hive with a full load.

On average, resources say that a single bee makes about 1/12 of a teaspoon of honey in her lifetime.  But, this is just an approximate average because this task is carried out by thousands of individuals working together.

How Many Bees Does It take to Make a Jar of Honey?

Explaining how many bees it takes to produce a single jar of honey requires a lot of estimation. First, let’s go on the assumption that it is the life’s work of 12 bees to produce one teaspoon.

The most common size jar of honey sold in the the United States is 1 pound or 16 ounces net weight. A pound of honey measures 64 teaspoons.

Therefore, we can say that it would require the work on 768 honey bees to produce that jar of honey. Still, there are many variables involved.

Worker Bees are the Honey Producers

There are different kinds of bees inside any bee colony.  Each colony has a queen, workers and in the warm season drone bees. Each type of bee has an important role to play in colony life.

But, food collection is not their only chore. They also perform many essential jobs such as brood rearing, tending the queen and protecting the hive from predators.

Each worker bee performs a variety of jobs throughout her short life. In the Summer months, she has an average life span of about 6 weeks.  The first 3 weeks are spent doing various tasks inside the hive. The last half of her life involves field work that includes gathering nectar from flowers.

Why don’t bees just store the plant nectar and save themselves a lot of trouble? Nectar has a high water content and would spoil very quickly.

As a house bee, the worker helps convert watery nectar into ripe honey and store it in sealed wax cells.  But, first the forager field bee must bring nectar back to the hive.

Bees have the reputation of being very hard workers. Surely you have heard the term, “busy as a bee”. They toil endlessly during the daylight hours to bring the resources needed back to the hive.

Water is collected to thin food for consumption and to be used to cool the hive.  Pollen is the only protein source for these bees and is essential to rearing baby bees.

But the most time-consuming task for any colony is nectar collection.  Each type of plant nectar is slightly different in sweetness and water content.  On average, nectar is about 70-80% water while ripe honey is about 17%.

This means our workers must carry a large amount of liquid to the hive for dehydration and conversion to a stable food source.

Bee dance language is used to communicate the location of the best food sources.  Foragers suck up nectar using their proboscis and store in in a special organ called a honey stomach.

The nectar is carried back to the hive and transferred to a house bee who will complete the conversion process. The process of bees making honey is possible due to the combined efforts of many.

Along with environmental issues such as available forage and weather, the population of a colony affects the amount of excess food that a hive makes in one year.

Everything else being equal, the hive with more workers has a been chance of producing more honey. Yet, Honey production is not a year-round event in most regions.

How many months of the year your beehives are productive depends on where you live. In most areas, bee colonies are busiest from May to August. Southern regions have a longer harvest season that those who live in the north.

However, colony population is a major determining factor in production.  Starting out as a small colony with 10,000 – 15,000 bees in late Winter.  Bee populations swell to over 50,000 by mid Spring as the bees go into full scale brood rearing.

It is the combined efforts of all these individuals that sustain the colony and allow it to prepare for the cold months to come.

How Much Honey a Bee Colony Makes

Bee health, colony population, amount of forage plants in your region and weather conditions all contribute to the seasonal totals.

With over 200,000 thousand beekeepers in the US, many of them hope to produce a harvest.  The goal is to have healthy colonies that produce enough food for themselves and some extra to share.

As you can see by these numbers, determining how much honey a single bee makes is at best an educated guess that takes the laws of averages into account.  The single bee does not complete the process alone, she hands the nectar load off to house bee.

However, this type of job sharing and specialization is what makes the bee colony one of the most unique and interesting social organisms in the natural world.  Thousands of bees work together to store food and sustain the life of the colony. 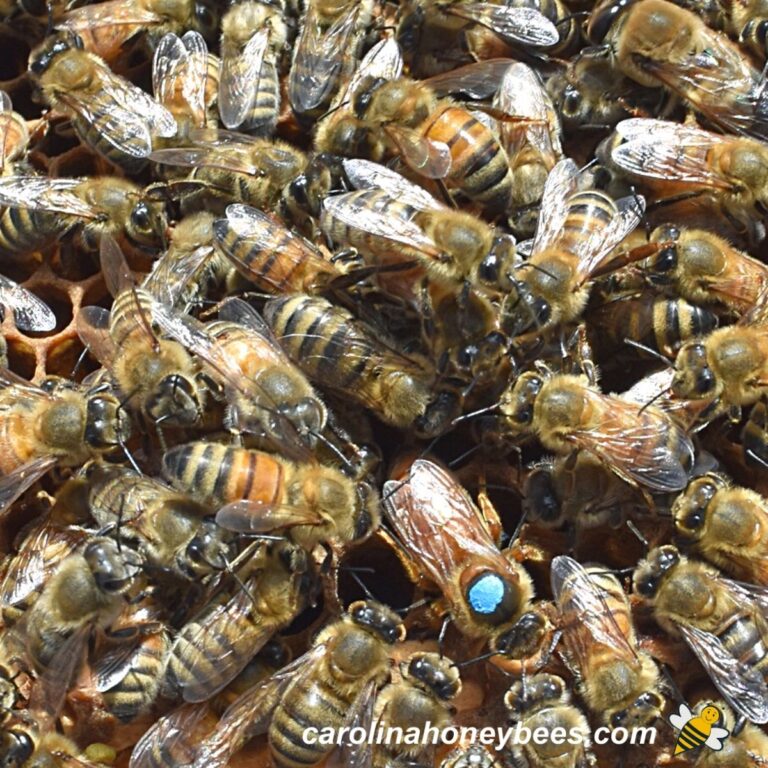 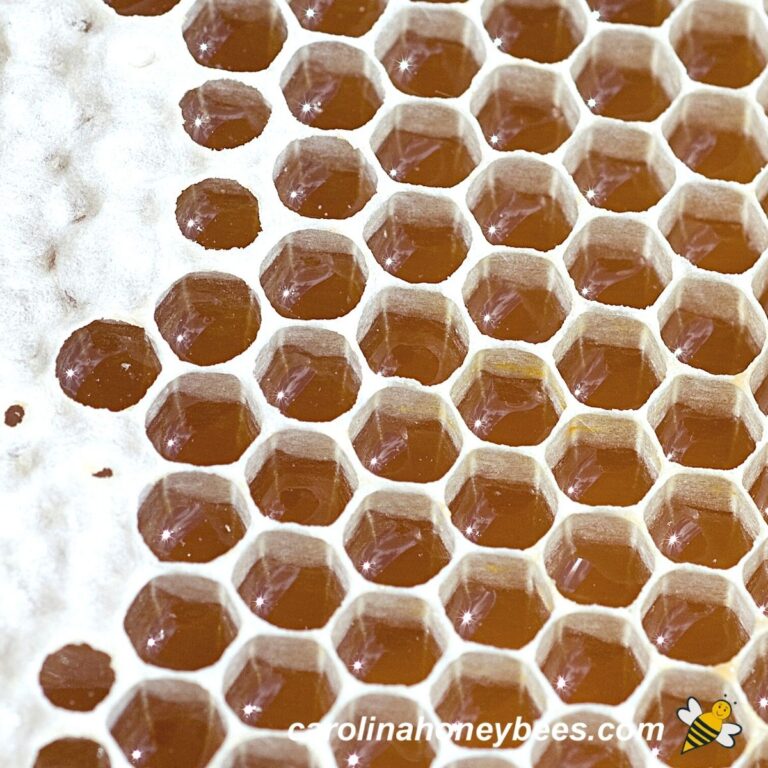 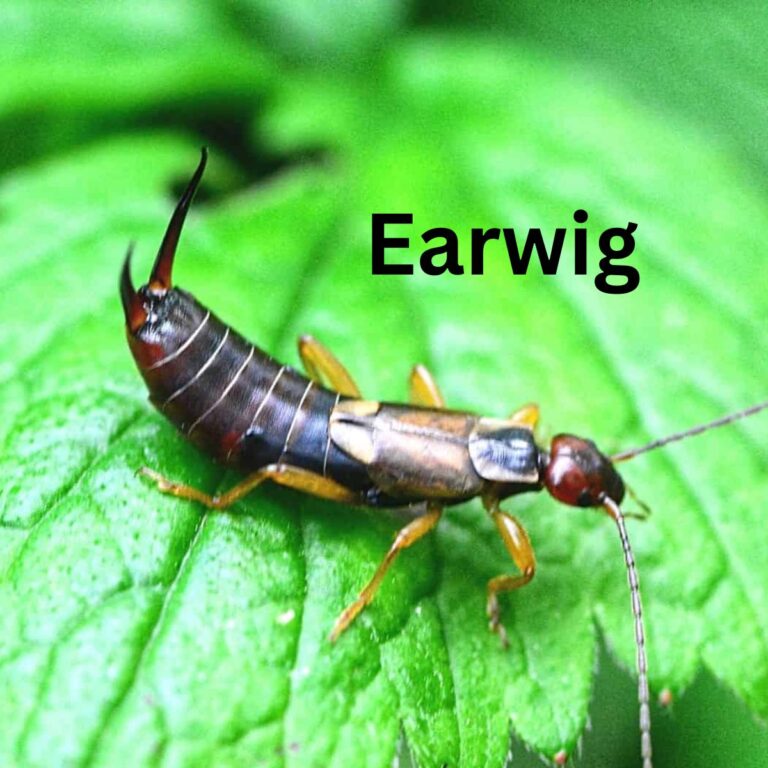 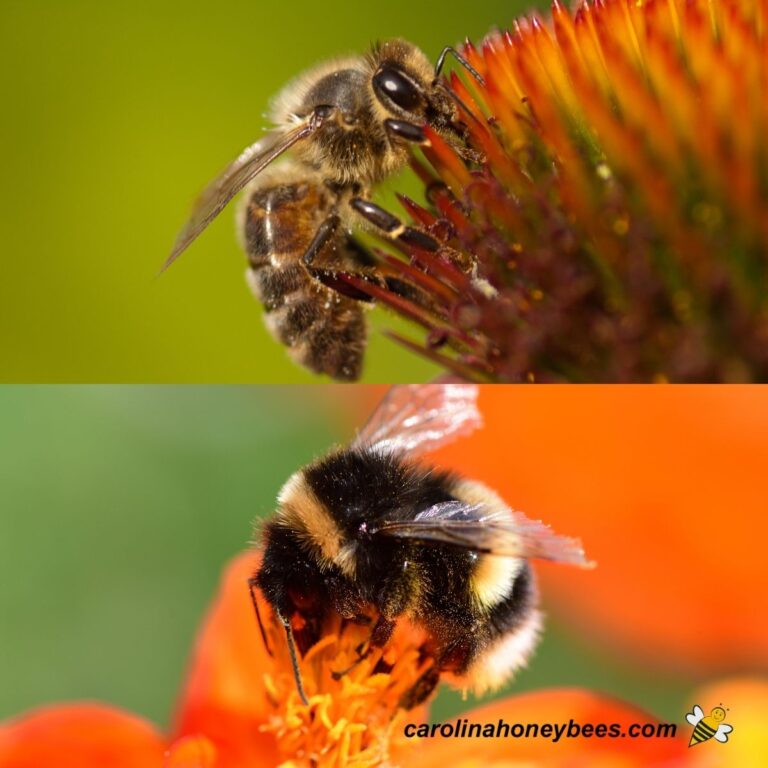