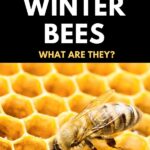 Nature has given honey bees strategies to survive the cold months. But, things can and do go wrong One strategy beekeepers use to help increase survival rates is to concentrate on honey bee health. Making sure the hive is full of fat bees for Winter is an important goal. But, we are not talking about the size of the bee – rather the size of the fat bodies inside.

First, lets think about next Spring. The bee colony starts preparing for Spring much earlier than humans. They do not go into hibernation but just become less active.

The calendar may say we have a few more months of Winter. But, inside the hive, worker bees are already raising babies. Unless, these nurse bees are fat and healthy, they can not do a good job of feeding the developing young.

Perhaps, only a small amount of bee brood is present but the cycle has began. It may be late January with snow on the ground and cold winds blowing, but the beehive is full of life.

And, that’s a very good thing. Our hives need a population of new baby bees in the works. Spring is coming. The Spring workforce needs weeks to mature before they are able to take advantage of the early bloom.

Life inside the Winter Beehive

Honey bees (Apis mellifera) overwinter as a colony-while in many other bee families (like the Bumble bee species) only the mated queen lives until Spring.

In late Fall-Winter, fewer eggs are laid by most queens. Brood rearing is greatly reduced and many queen bees will cease egg production for several weeks.

Honey bees do not do very much during Winter-in regions with cold weather. The honey bee is an insect that is cold-blooded. They are not very active when the temperatures fall into the lower 50’s F.

The colony survives throughout the cold months by clustering together inside the hive and eating some of their stored honey. This important food storage will also be used to raise that first generation of new bees.

Good Winter survival depends on plentiful stores of food, a good population of bees and the right kind of bees. Healthy fat bees give the colony its best chance for survival.

Otherwise, the colony would fail before enough new bees emerge to sustain the colony. By mid-Winter on the calendar more older bees are reaching the end of their life cycle. Population growth must get under way before warm weather arrives.

Winter bees are the female workers that are produced in late Fall and usually live until late Winter/early Spring. They can survive for 5 -6 months – an unusual old age for a worker.

Winter Bees are different than Summer Bees. This is because the workers destined to live out the Winter months in the hive has a different set of duties.

Female workers reared in the warm months of the year, only live about 6 weeks. The first 3 weeks are spent on duties inside the hive, the last 3 are spent foraging for food. And, collecting all the resources needed by the colony.

Summer workers literally work themselves to death for the benefit of the colony. Wings become tattered and the fuzzy hairs wear off their bodies. These insects do not repair broken parts through cell repair. Once their bee body parts fail, they are finished.

The tasks of Winter bees are not as focused on gathering food. Foraging outside the hive is not a major Winter task.

Though they may fly out short distances on warm days. They can live up to 6 months spending most of their lives inside the hive.

They spend time tending to the queen bee and helping regulate hive temperatures. This is a vital task for the colony but does not wear out body parts as quickly. They also care for the brood to produce the new spring population.

Bees that live during Winter are physiologically different than those produced in Summer. Winter bees have enlarged fat bodies in their abdomens.

These fat bodies produce vitellogenin. Vitellogenin increases the lifespan of bees and boosts their immune systems. Bees with high levels of vitellogenin are better able to store protein reserves.

This enables the colony to begin brooding up (raising young) without as much pollen. A good thing if the colony is low on stored bee bread.

Nurse bees with large fat bodies are not required to eat as much pollen to produce food for the growing young. The quality of jelly fed to larva is determined by the vitellogenin levels of the nurse.

While checking your colony for honey stores in late Fall, also check the pollen stores. Likely the hive will have all the pollen they need. But, it is a good idea to check.

Poor quality nurses are unable to provide sufficient food to new larva. This may result in the colony perishing before the end of Winter. This is yet another reason to get varroa mites well under control before Winter bees are produced.

Lack of healthy nurses to raise healthy fat winter bees is not something that can be put off until Fall. Be proactive. If varroa are a problem in your hives, treat early. Waiting until late Fall may kill the varroa on the bees.

However, the damage has already been done and you may be going into Winter with skinny bees. In my part of South Carolina, I want to have successful varroa mite treatments completed prior to August 15.

Ensuring your colonies are healthy and full of the right kind of bees is as important as other tactics of winterizing your hives. With proper planning, Winter beekeeping tasks should be minimal.

Feeding bees during Winter should not be a common practice as they should be ready before cold arrives.

What are Winter bees called?

The technical term for winter bees is “diutinus”. This term applies not only to honey bees but other types as well. These are colony members that are capable of surviving long past the normal life span of the species.

How are Winter bees different than Summer bees?

Honey bees produced in the late season have larger fat bodies in their abdomen. They are capable of living all through the long Winter until early Spring.

When are Winter bees born?

The production of winter bees takes place during the last few brood cycles of the year. (September-October) The exact time will vary somewhat depending on your climate.

Bees produced for the Winter hive can live up to 5 or 6 months. But, the important fat bodies located inside the abdomen will shrink once brood feeding begins.

The health and lifespan of your winter bees can be affected by nutrition deficiencies and heavy varroa infestations.

Studies have found that colonies with varroa mite infestations do not fully develop into typical long-lived Winter bees.

Can bees get obese?

The fat bodies located inside the body of a honey bee is much different than what we perceive as being overweight. These important anatomical structures store fat and nutrients that help the colony make it through Winter. 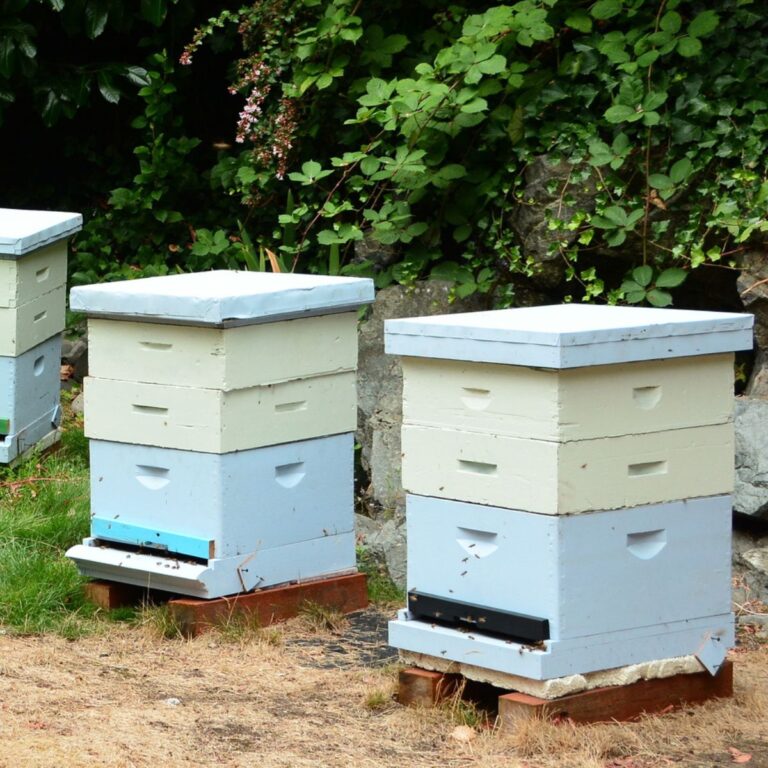 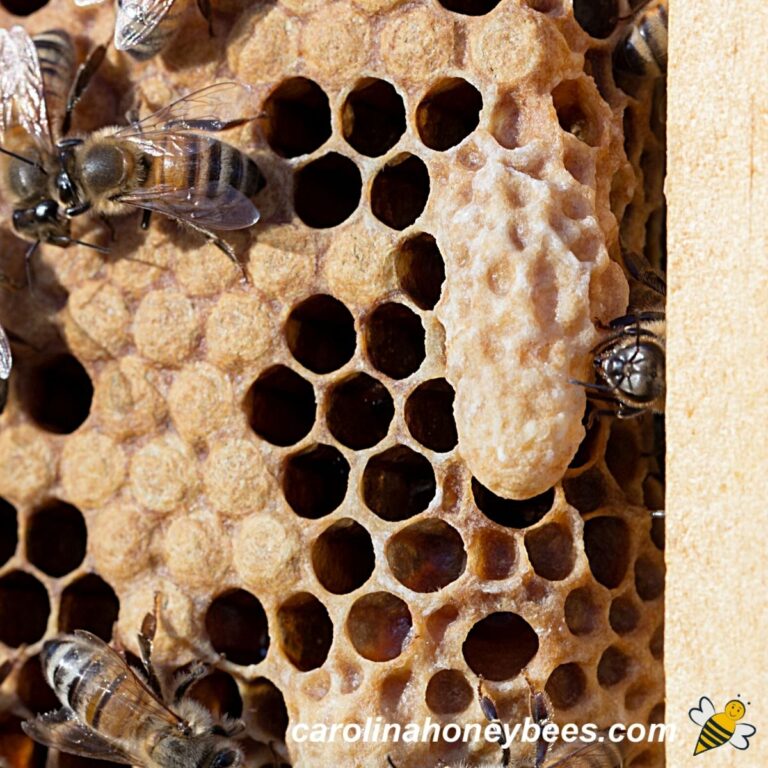 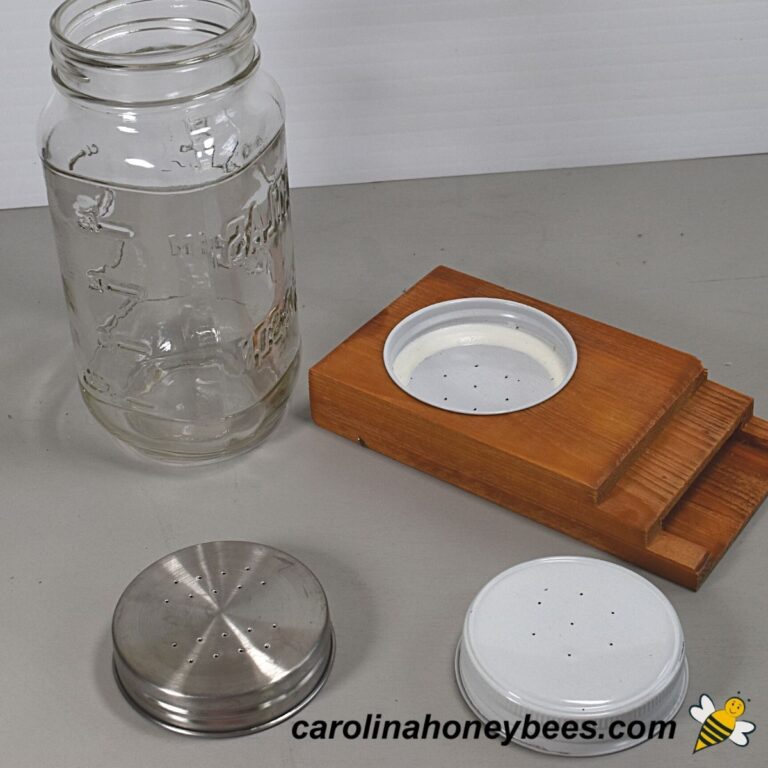 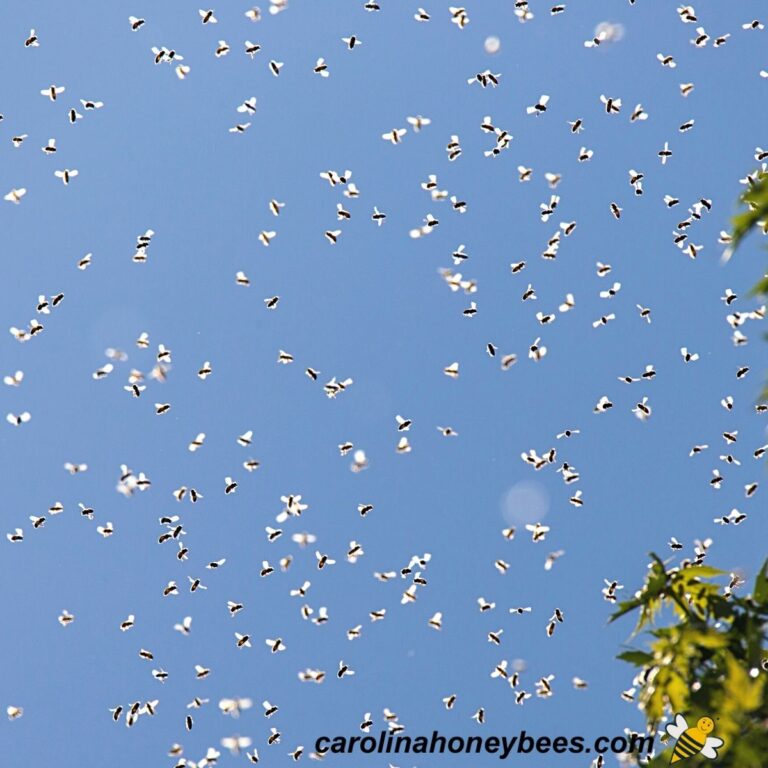 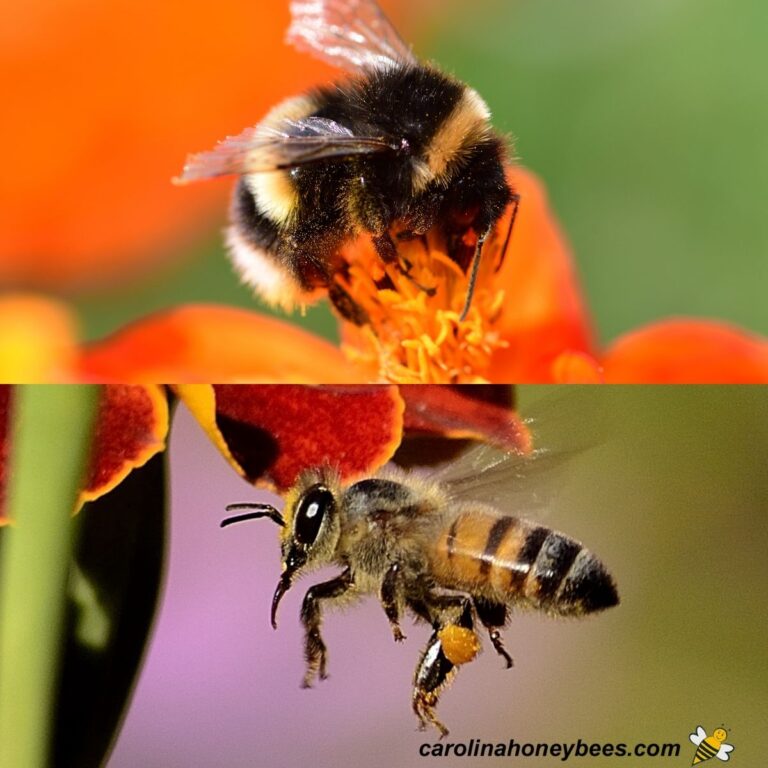 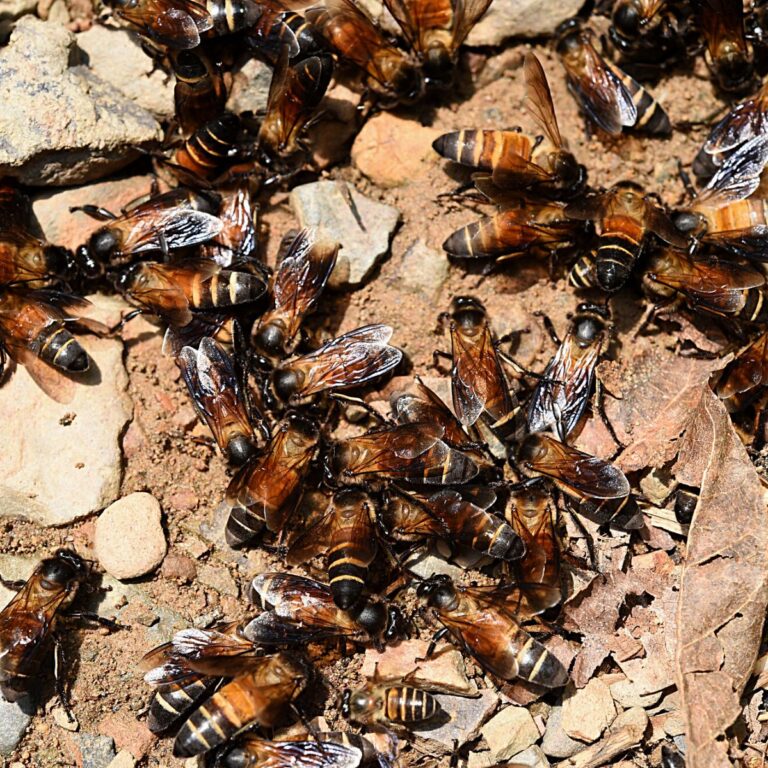