Why is the Queen Bee so Important?

The most important individual in the hive, every part of colony life revolves around the queen honey bee. A colony will not survive for long without her. Thankfully, our honey bees have a system to ensure that a queen will always be in residence. Let’s explore some amazing facts about the queen honey bee and you will understand why she is so important.

Researchers have studied bees for a very long time. But, we still do not know everything about honey bee life.

However, we have learned a lot about bees and how they function as a family. This includes the role played by various members of bee society.

One bee has been elevated to high status and with good reason. The honey bee queen is the mother of every bee in the colony. In fact, her presence influences many aspects of colony life.

From egg laying to colony communication, the queen honey bee fills a role that no other bee can.

What Does the Queen Do?

A queen bee actually has a couple of functions in the hive – that we know of. Who knows what we have not yet discovered?

She is the only female that can lay fertilized eggs. This is important because fertilized eggs develop into the work force of the hive. Without her no new worker bees can be raised.

In addition to laying eggs, the honey bee queen produces special pheromones. These queen pheromones are chemical messengers that aid in colony communication.

When the queen is missing, the colony is alerted quickly due to a lack of her pheromones.

Of course, the major role of the queen bee involves laying many thousands of eggs. A good quality well-mated queen is vital to colony build up in preparation for Spring foraging.

A queen bee is similar in some ways to other female members of the colony. Honey bees are insects. And, we know from bee anatomy that all insects have 3 major body sections.

The queen is no different from the other bees in this respect. She has a head, thorax and abdomen. She goes through the same development stages and has the same basic needs.

However, a quick glance reveals a major visible difference, a mature queen honey bee has a large, long abdomen.

The large abdomen holds ovaries that will produce a lifetime’s quantity of eggs. Also, inside is a spermatheca that holds stored semen from the mating process.

This anatomical difference allows her to lay eggs for the colony. The long tail reaches deep down into the comb cells. At the bottom a single egg is attached to the bottom of the cell.

The largest bee in the colony, a mature mated queen is about twice the size of the worker bees.

This is due primarily to her long abdomen. However, her middle section or “thorax” is slightly larger than the worker bees also.

Her size can vary a bit due to the type of bee (or race) that is part of her genetic heritage. Age plays a role too as young virgin queen bees are typically smaller.

A virgin queen bee will have a smaller abdomen until she begins to lay eggs. In fact, sometimes it is difficult to tell a virgin from a larger worker bee.

When learning how to find their queen honey bee in the hive, it is common for new beekeepers to confuse drones as queens.

True, drones are larger than most members of the colony. But, they lack the long abdomen that you should look for when searching for your queen bee.

Does the size of the queen bee matter? Is a bigger queen better quality?Sometimes beekeepers feel that a larger queen is likely to be a more productive egg layer but that is not always true.

Stinger of the Queen Bee

The queen’s function in the hive is highly specialized. Yes, she does have a stinger but it is different than that of the workers.

Her stinger is not barbed, it is smooth. This smooth singer is only used to kill rival virgins bees. Queen bees rarely sting humans. 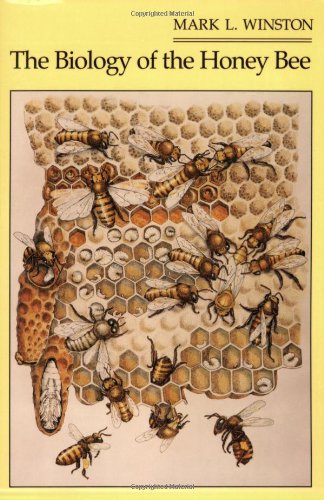 The Biology of the Honey Bee

How is a New Queen Made?

A honey bee colony consists of thousands of female worker bees. The one task that worker bees can not perform is laying fertilized eggs. If something happens to the queen, a new one must be made.

For years, it was believed that a substance called royal jelly was responsible for reproductive development in queen bees. Today, researchers believe that other food substances are involved in this process.

In spite of the best planning, sometimes a honey bee queen will die. If the queen bee dies, the colony must spring into action quickly.

It takes 16 days for a new queen to be produced and additional time for her to mature and mate. The future of the hive depends on getting a new queen on the throne as quickly as possible.

Because a developing queen bee is larger than normal workers, she requires a larger cell for development. These large cells are called queen cells.

Worker bees usually create several queen cells at one time. But, only one of the newly hatched virgin queens will survive to become the new matriarch of the colony.

How is a new queen chosen among several virgin contenders? It is a battle to the death with hopefully that strongest contestant as the winner.

Seeing queen cells in a colony is a sure sign that something big is happening. Each stage of the queen cells serve a purpose for the new queen.

They are a sign of queen production but this can happen for various reasons.

The beekeeper must decide what to do with queen cells in the hive. Whether to leave the bees to their own plans or interfere depends on the condition of the colony and the beekeeper’s goals.

Do Queens Leave the Hive?

Queen bees do not leave the hive regularly like the other members of the colony. These girls just don’t get out a lot. They might be described as home-bodies, or rather, hive-bodies?

She does not need to forage. Workers take care of her every need. Royal jelly consumed by the queen is so pure it results in little waste products. She has few reasons to leave the hive.

Both activities relate to a honey bee reproduction cycle. In the first instance the new queen leaves the colony on several mating flights.

In the second instance, a queen leaving with a swarm is honey bee reproduction on a colony level. Both of these situations result in more bees.

How Honey Bees Recognize Their Queen?

Queen Bees Smell Funny. Okay, let me phrase it another way. Each queen honey bee has a unique smell. She constantly emits pheromones. (These are like our hormones but on the outside.)

These pheromones are passed throughout the colony and tell the colony that all is well. Workers spread them by antenna touching and other grooming activities.

As the queen ages, she emits less pheromones. As egg laying and pheromone levels drop, her time is growing short.

Having the ability to live up to 2 years, most colonies replace the queen bee much sooner.

Buying a queen bee for a hive is a very common beekeeper task. You can even buy one online and have her shipped through the mail.

Providing a honey bee colony with a different queen is called “re-queening the hive“. However, the beekeeper can not simply drop a new one in a colony.

The new queen will smell different than all the other occupants. Workers of the colony view her as a threat and usually kill her. She must be introduced to the colony slowly.

Final Facts about the Queen Bee

The world of the honey bee is full of never ending surprises. Many facts are know about bees but there are some amazing myths about queen bees too.

The honey bee colony works as a social unit and every member has a part to play. But without a queen bee, the colony will fail to thrive.

How to Decrystallize Honey Without Damaging It 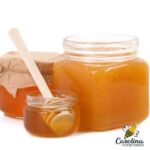