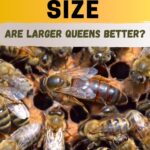 The size of a mature honey bee queen varies a bit from one colony to another. Does queen bee size play a role in her value to the honey bee colony? Age, genetics and feeding during development all play a role in determining how big she gets. Regardless of her size every hive must have one, but how important is size?

How Big is a Queen Bee?

A queen bee is around 20-25 mm in length. This may not sound very large but it is about double the size of worker bees.

The queen’s wings only extend halfway down her back.  Though she is capable of flying, flight is not her main objective. Wings are only used during mating and swarming.

Her thorax (or mid section) is slightly larger than the worker. But, it is her abdomen or 3rd section that is most distinguishable.

Inside the long abdomen, the reproductive organs enable her to fulfill her special role in the colony. A role that no other bee can perform-laying fertilized eggs.

Why is the Queen Bee Bigger?

It sure seems that she would be a great worker capable of bringing in lots of nectar and pollen for the family. Alas, our queen honey bee is not a forager.

But, she has a very important function. She can do a job that no other colony member can – she can lay fertilized eggs that develop into female bees.

Inside the long abdomen, we find her reproductive organs. A pair of large ovaries hold all of the eggs that she will ever lay. She can average over 1000 eggs a day during peak season, that’s a lot of bee eggs!

Also, inside her abdomen is the “spermatheca”,  this special organ stores semen from her mating flights.

The queen mates for a short time during her youth.  This short period of mating means that she must have room inside her body to store sperm.

Once the fertile queen bee begins egg laying, she will continue until she dies or her performance lags.  If her ability to lay eggs drops too low, the colony will begin plans to replace her.

Because of the large size of the queen bee, she must be reared in special cells. The long developing queen pupa would not fit in a regular honeycomb brood cell.

She develops in large queen cells. Built by female worker bees, these large peanut shaped cells hang down from the surface of the honeycomb.

Sometimes, you will see them along the bottom of a frame of comb.  This is especially true for a colony planning to swarm.  It is not uncommon to see 6 or more queen cells on the bottom of frames in a crowded colony.

A healthy colony with a strong population produces large reproductive cells. These are kept well provisioned with plenty of food during the developing larval stage.

Good cells have a mottled, carved appearance on the surface. Inside the larva floats in a bed of royal jelly and other brood food.

If the hive has a low population of workers or sick and unhealthy bees, the queen cells will be fewer and smaller.

With fewer worker bees to build cells and feed brood, the developing queen inside may be inferior. She may never reach the size or potential that a good diet could have provided. But, that is not a given fact – rather a generality.

Large nicely mottled cells are preferred over small smooth cells.  The candidate in the large well-fed cells is more likely to grow to a good size queen bee that lives a longer productive life.

When a colony is in need of a new queen, preparations get underway quickly. If she has died due to old age or disease, the hive is in an emergency situation to replace her.

Emergency queens can be of excellent quality but there is also a bigger risk of producing a smaller or inferior replacement.

The colony is having to use the resources available. They may not have very young larva (which make the best queens) in an emergency situation.

One of the best ways to get a large, productive replacement queen is during the time of honey bee swarming.   Swarms are planned by the colony. The bees know they need to plan for a replacement- so many queen cells are constructed.

In most swarming situations the old queen leaves with the swarm to start a new home in a different location.  Queen cells are left behind containing developing virgins.

Among many swarm cells, hopefully the strongest one emerges first. She kills her rivals and after mating becomes the new mother for the colony.

Why is the queen bee size and quality often better during swarm season? Swarming often occurs in Spring when the colony has ample food resources.

This colony with a booming population has many young nurse bees to produce food for developing bees or brood. These new adults have the best chance of being healthy and strong.

Upon finding a lot of swarm cells in a colony, beekeepers sometimes harvest a few extras. It is a good way to dabble in raising queen bees. They are useful to place in a new hive split too.

Can You Judge a Queen Honey Bee by Size?

Size can matter in determining the quality of the primary egg layer. In general, bigger is better. We would hope a large size means that she was well fed during development and well mated.

But, you can’t judge that new queen bee you just purchased on looks alone. Initial size is not always a true indicator of quality.

Some freshly mated queens seem very small. Don’t be disappointed yet.  Given a few weeks to mature and begin laying in the hive, the small lady’s abdomen starts to plump up.

Even with queen cells, occasionally the small cells produce a great queen. Size is only 1 factor. Many factors go into evaluating the quality of a queen. It starts with her genetic makeup (disease resistance etc.).

Then, we must consider her period of mating. She must be well-mated by several drone bees to become a good layer for the hive.

And lastly, the overall health and strength of the colony has a major effect on the production of any queen regardless of size.

Few things are more fulfilling to a beekeeper than seeing a large queen bee waddling across the comb. She ignores our intrusion as she goes about her vital task of selecting cells in which to place her young.

The true heart of the hive, the role of the queen bee holds a place of honor in bee society. Though size is not always an indicator of quality. All beekeepers I know reach for the biggest one if given a choice – I do too! 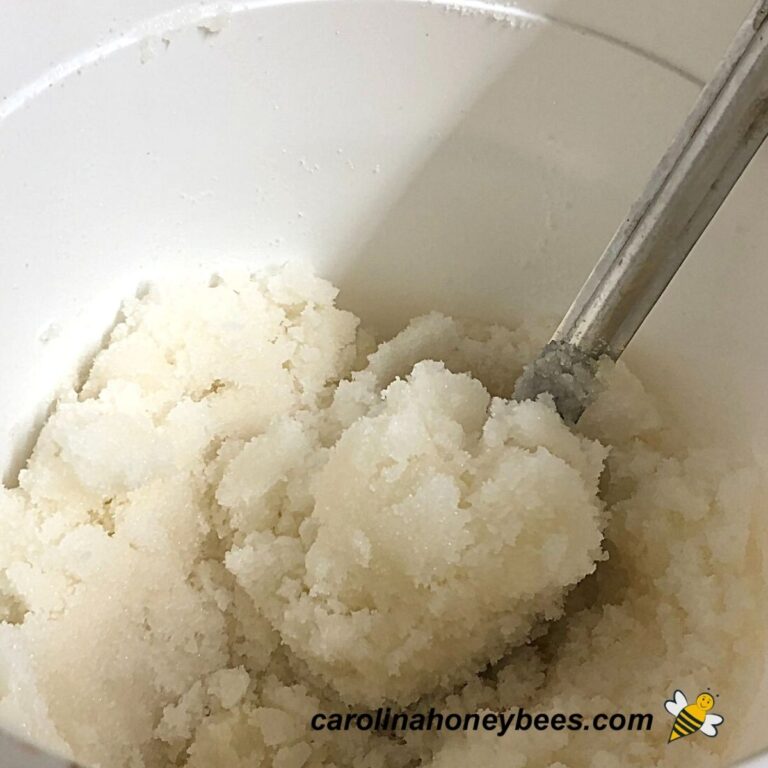 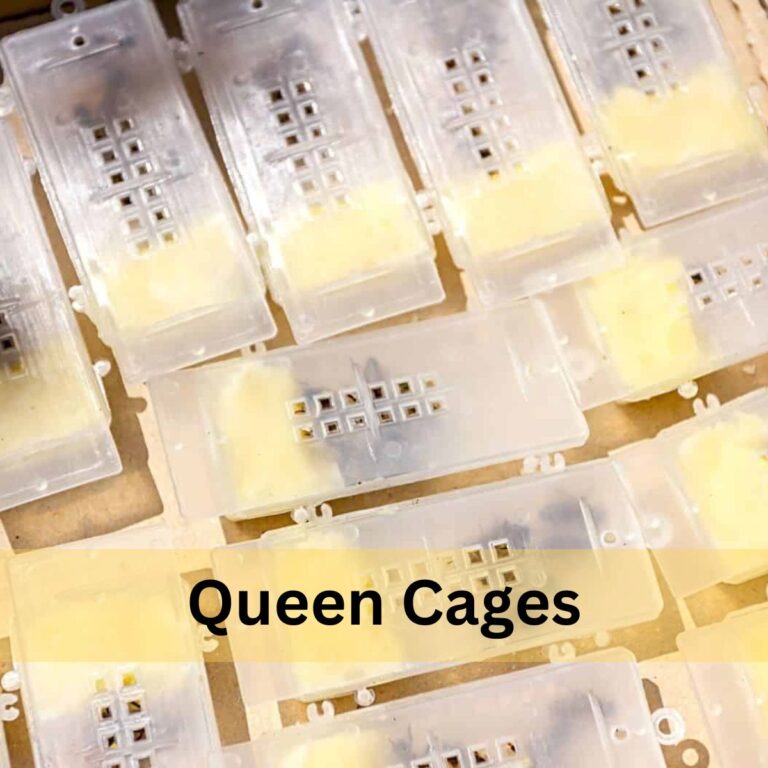 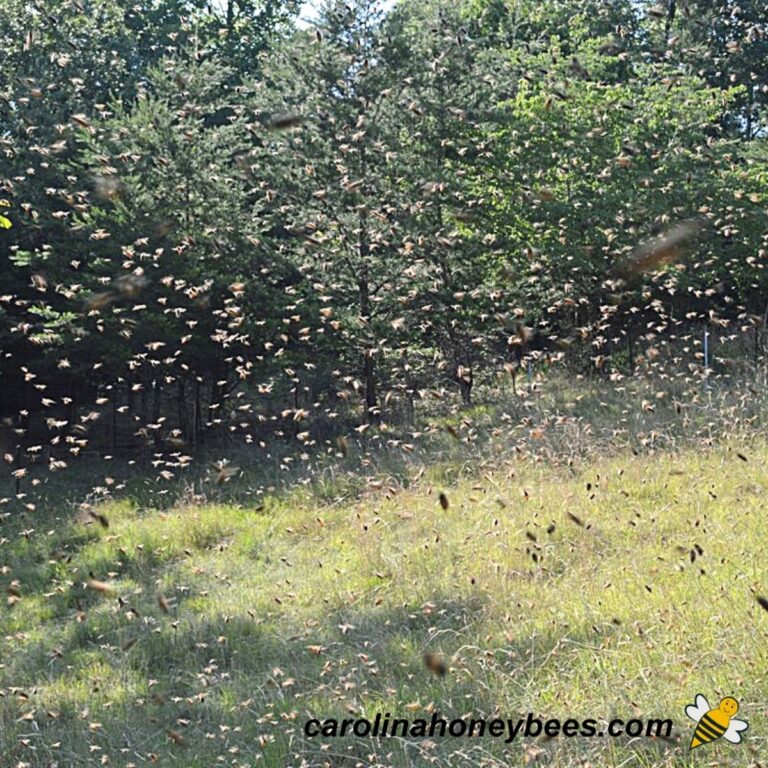 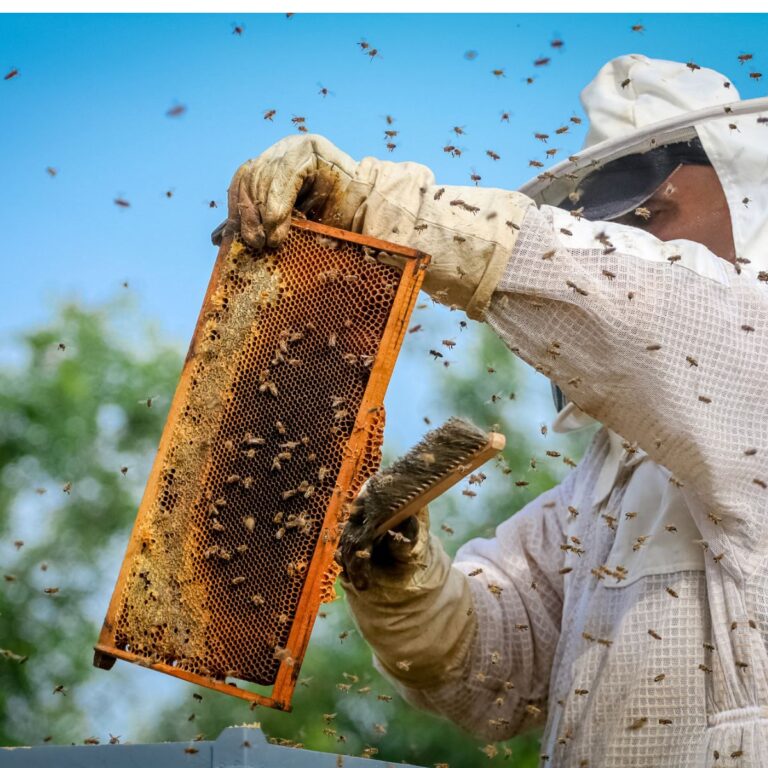 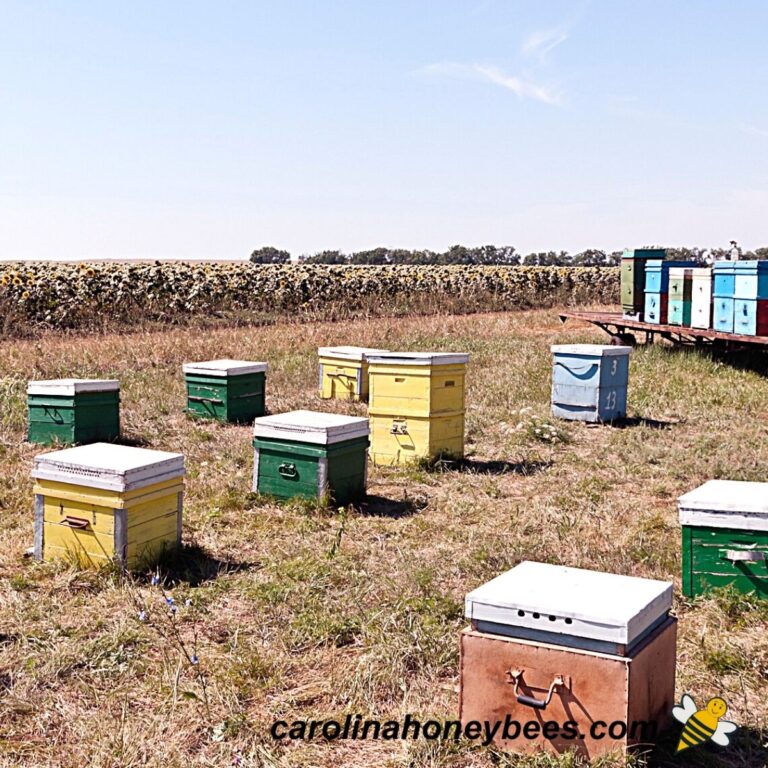 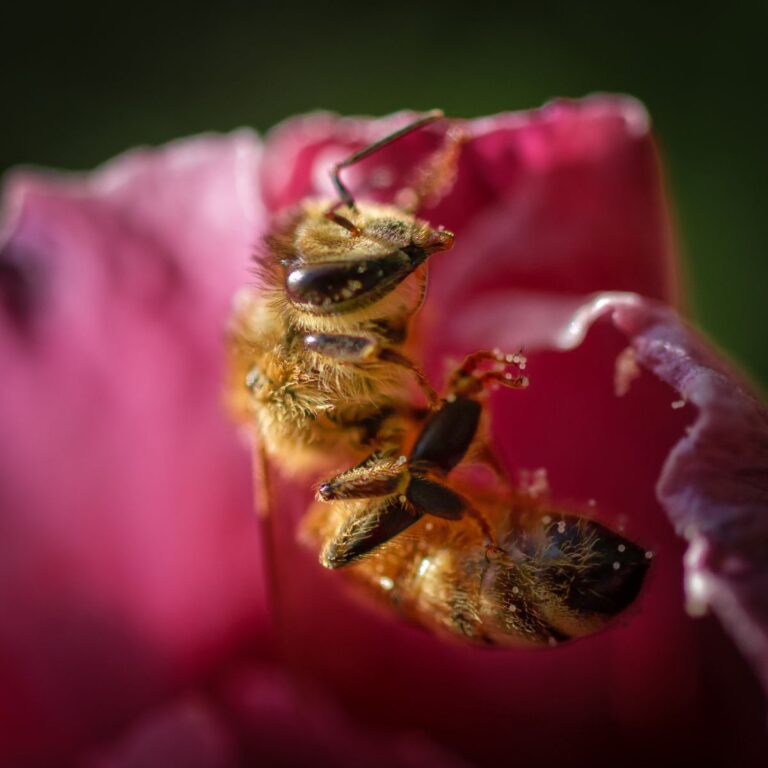