The life of the honey bee queen may not be as glamorous as everyone thinks. Yes, she is the single most important individual in the colony. She is the only one who can lay eggs that develop into worker bees. And, because each colony only has only one we must wonder – What happens if the queen bee dies?

When the Queen Honey Bee Dies

Honey bees in general do not live very long lives. A Summer worker only lives about 6 weeks. Thankfully, the queen is long-lived compared to other members of the colony.

However, like all other bees there will come a time when she will perish. How does the colony prepare for and be ready to replace this one indispensable member?

Where a Queen Comes From?

She begins life as a fertilized egg – like thousands of members of the colony. She is a female larva the same as her sister workers.

When the colony needs a new queen, a few very young female larvae are selected. These larvae are fed a copious diet of rich brood food.

The brood for for this special task consists of royal jelly but also other substances. This is contrary to what was once thought about queen bees.

Earlier, we believed that future queens were only fed royal jelly. Research in recent years has proven this to be false.

The amount and consistency of this special diet causes the selected larvae to develop into sexually reproduction females-queens.

The most important characteristic of the adult queen is her ability to go out and mate. By mating with drone bees, she is able to lay fertilized eggs.

A queen is able to perform mate due to a special body part or structure in her abdomen. This is called the spermatheca which stores drone semen-keeping them alive.

The time of mating only takes place during a short period of her young adult life. She acquires all the semen she will ever have access to during this time.

Once this source is depleted, she is no longer be able to lay fertilized eggs. She becomes a drone layer due to her inability to produce workers for the colony. This is not a sustainable situation for the colony.

If the hive recognize a failing queen in time, they make plans to replace her by constructing queen cells.

When beekeepers notice a bad brood pattern. They usually find the queen bee and replace her with a new one. A well mated productive egg layer is vital for colony success.

Sometimes the colony is allowed to try to replace her. But, if their attempt fails, the beekeeper may need to buy a new queen.

Queens produce special pheromones that are recognized by other members of the colony. These “external hormones” are the chemical messengers of the hive.

Select workers feed and groom her with their antennae. During the process, pheromones are passed throughout the hive.

The presence of her pheromones and those given off by developing bee brood inform the colony that all is well. Colony life is going along as it should.

If those pheromone levels disappear or drop, the colony knows that their queen is failing or missing.

This signals workers to begin hasty construction of queen cells. If the queen bee dies or fails, her replacement is needed as soon as possible.

Often the queen may not die but begin to lag in production. When young and in good health, she is an egg laying machine. Depending on colony conditions, she can easily average 1000 to 2000 eggs per day.

However, she has a limited supply of eggs and stored sperm. Once these are exhausted so is her usefulness to the colony.

Either poor egg production or failing pheromones may cause the colony to decide its time for a new leader.

Having the potential to live 3 years or more, the actual life span of the queen is often cut much shorter.

Poor mating, disease, bad genetics or a beekeeping accident can result in a colony finding itself suddenly queenless.

Predator accidents such as an attack by a bear have been known to cause death. And, honey bee robbing incidents can result in queen loss.

Some studies suggest that the colony is aware of a dead queen within minutes of the event. The bees must take swift action to ensure the hive continues.

What Worker Bees do if the Queen Dies

When she is suddenly lost (or is failing) time is of the essence. Workers spring into action building special cells.

They look like large peanuts and hang down from the face of the comb or are attached at the bottom of the comb. Cell construction begins as soon as the hive detects a failing queen.

Sometimes, it is not possible to prepare ahead of time. When the queen suddenly dies, we call the cells being built- emergency queen cells. The members of the colony did not have time to plan for her replacement.

With the queen gone, the colony must use the fertilized eggs or young larva they have on hand. The youngest larva may be found anywhere on the face of the comb.

The best larva is about 1 day old and very tiny. After enlarging the cell around the chosen larva, an enormous amount of brood food is loaded into the cell. This diet causes the selected larvae to develop into reproductive females able to mate.

Often, 5 or 6 larvae will be chosen as candidates. Workers continue to feed the developing potential queens and build the cells to the desired size. Cells are capped at the appropriate stage of bee development.

About 16 days after the egg was laid, a new queen bee will emerge. In most cases, the first virgin to emerge will seek out and kill her rivals. It is a fight to the death with hopefully the strongest as the victor.

After maturing inside the hive for a few days, the virgin will take her mating flights. Leaving the hive on warm, fair afternoons, she may fly up to several miles away.

Once she arrives in the area where drones are congregating, mating takes place 20 – 80 feet in the air. She may make several mating flights over the next few days.

After mating with 12-20 drones her spermatheca is filled with semen. Her time of mating is over. She will never leave the hive again unless she is part of a honey bee swarm.

Within 3-5 days of mating, she begins to lay. Now, the cycle is complete and our bee colony has replaced their lost queen.

Queens Lost Due to Beekeeper Error

Most beekeepers try very hard to protect this most important bee in the hive but things happen. She can be accidentally killed during hive inspections or other beekeeping tasks.

When this happens, you are faced with the decision of whether to let the colony try to raise a new one or should you requeen the colony.

How Long Can a Colony Survive Without a Queen?

If the queen bee is removed from the hive and no replacement possible, hive life will continue on…for a while. Individual bees will live out their short 6 week life span.

Due to the lack of pheromones, some bees may become laying workers in an attempt to spread their genetic heritage. But the colony is doomed and will fail within a couple of months.

When a queen honey bee dies, the colony knows that she is the one bee they can not do without. The mood of a colony in transition may be more testy.

As a bee family, they are in a precarious situation and seem to realize it. As will all things in bee life, they work together to raise a new one right away. 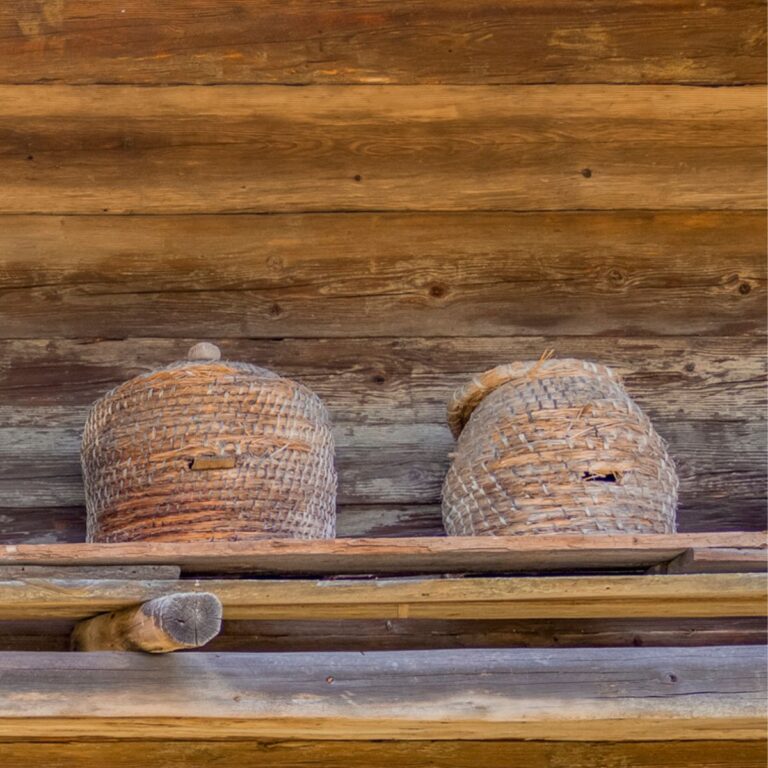 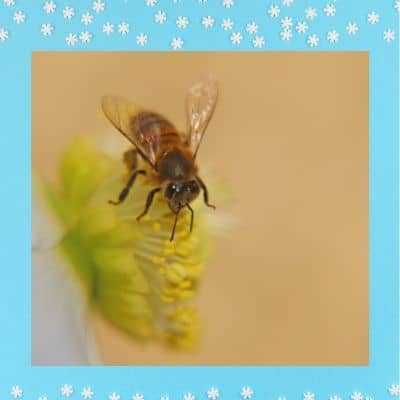 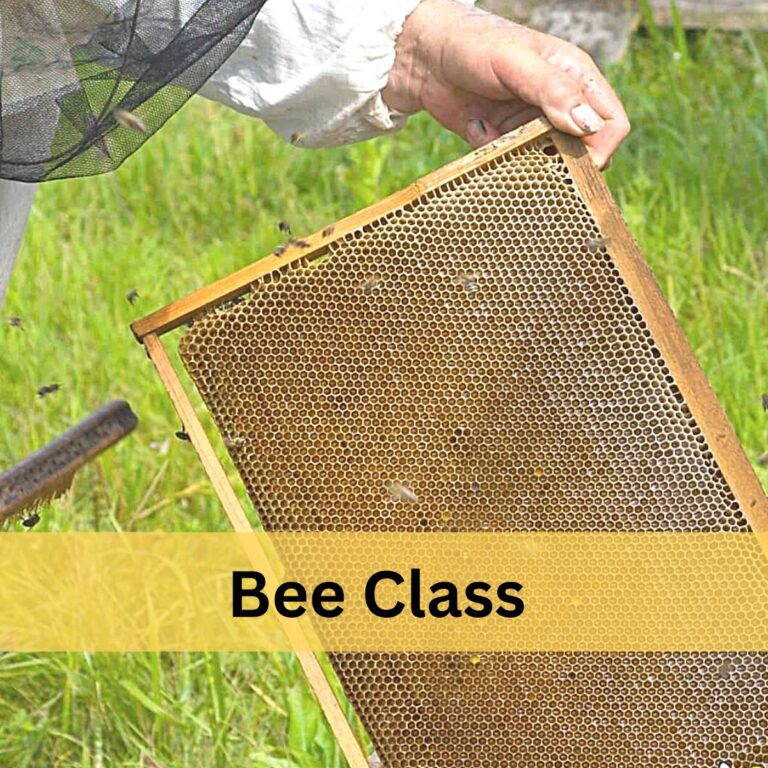 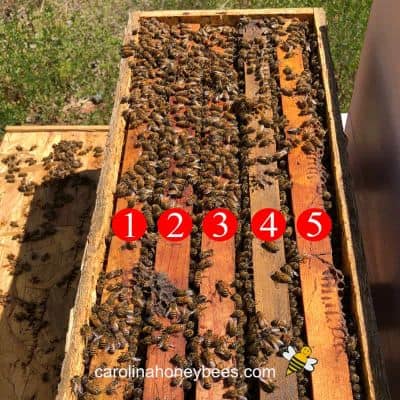