As a beekeeper gains experience in keeping bees, he/she learns to gauge the mood of the hive. Perhaps, your colonies are usually gentle and mellow. Then suddenly, those sweet girls change and become angry and hard to manage. What happened? Why are your beehives suddenly aggressive?

Aggressive Bees in Your Apiary

The first bees brought to America (Black Honey Bees) were hearty insects but known to be defensive. Over time, bee breeders began to select for more desirable traits. One of those is a calm bee that is not too difficult to manage – these colonies are said to have a good temperament.

This is important because most beekeepers are hobbyists. They want colonies that are easy to inspect and not too overprotective of the hive.

All workers can sting but some are more likely to do so than others. And, even the calmest honey bee colonies will sting when provoked.

Honey bees are a rule as not aggressive-they are defensive. Usually, they will not attack unless they feel threatened or feel a need to defend their hive.

However, terminology aside – I don’t see any reason to “split hairs”, the fact is that angry stinging bees are no fun – no matter what you want to call them.

Hive inspections are more difficult with 50 angry bees bounding off the front of your veil. And, you do not want to get chased away every time you are within 50 feet of a hive.

First, its important to understand that the temperament of a honey bee colony can change at any time. This is often a surprise to beginning beekeepers.

But, there are many conditions that affect the level of aggression in your colonies. Some of the factors can be controlled by the beekeeper – some can not.

This is why finding the best location for your beehive is so important. Avoid placing hives too close to your living space.

The entertaining, docile new hive sitting beside your back door in April, may seem to be a monster in September.

The sultry days of late summer do nothing to improve the mood of my honey bees. I can’t really blame them. The hot, humid “air you can wear” doesn’t make me very happy either.

This is an important time of year as the workers are trying to ripen honey. They are also collecting water and working to ventilate the hive.

Healthy colonies are often large at this time of year and that makes the work even harder. Really hot weather – grumpy bees.

Most regions will experience a nectar dearth at some time during the warm months. A dearth (lack of abundant nectar/pollen) may last for a few days or several weeks.

This lack of incoming food creates stress in the colony. The queen bee may stop laying eggs and if the food shortage continues – drones may be evicted to save on resources.

Queenless Hives are Known to Be Cranky

If you have been a beekeeper for any length of time, you know the importance of the queen bee to a colony.

The queen honey bee lays all the fertile eggs for the colony but she serves another important function. The queen emits pheromones (chemical messengers) that hold the colony together as a family and helps regulate hive functions.

When those pheromones are missing, nervous, aggressive bees may be the result. The colony is in a frantic struggle to replace their queen.

The queen is the mother of the members of the hive. She is responsible for 50% of the genetic material of the workers. These are the individuals who guard the hive from predators….and sometimes beekeepers.

Some genetic lines are more defensive than others. This is true in any type of livestock and honey bees are no exception. If your colony replaces their queen, the new one may not be as docile as her mother.

There will be exceptions of course but large bee colonies tend to be more defensive/aggressive than small colonies.

That sweet little starter hive with 10,000 bees in the Spring is now 40-60,000 strong. By late season, the large colony of older bees are very protective.

The crowded colony may cast a few swarms that will reduce the number in the hive. But, the beekeeper does not usually want this to happen as it reduces the honey crop for the year.

Every sweet loving insect out there wants to get a taste of the honey stored in the bee hive. Bumblebees, Hornet, Wasps and even other honey bees will try to gain entrance and steal some sweetness.

Of course, the colony cant stand by and let their winter survival food be taken. So they fight, often to the death to evict the intruders.

As the robbing (fighting) begins at the bee hive entrance, alarm pheromone is released. This alarm notifies the rest of the workers of a threat and is a call to action. All stingers on deck.

Unfortunately, while you may not be a robber –a hive that is being bothered by potential robbers gets rather testy at any disturbance.

Several animals can be predators of honey bee hives. When a bear attacks the hive, it is rather obvious. But smaller animals can cause bees to have a testy attitude too.

Skunks can be major predators of honey bee hives – especially hives that are set low on the ground. Each night the skunk stands in front of the hive and scratches.

When the guard bees come out to investigate, the skunk eats them. His thick fur protects him from bee stings. However, the hive may still be grumpy the next time you come near the hive. A good ready to use hive stands.

Yellow Jackets, large hornets and other insect pests can be a problem during the late season. This activity can put your hive on constant alert.

And yes, even the family pet can get involved in this game. A predator from the bees’ point of view keep an eye on your pets. Eating bees can be a dangerous hobby for Rover.

Improper Use of Bee Smoker

Not using a bee smoker correctly can cause a hive to act angry. Cool white smoke does not harm your bees. It distracts them from your inspection and helps mask any alarm pheromones.

Failure to use a bee smoker or using hot, black smoke creates an aggressive response in your beehive.

Staying calm while performing hive inspections can be difficult-especially for new beekeepers. However, it is important to avoid quick movements and banging hive components together.

The fast hand movements and vibrations can cause the honey bee colony to become defensive and go into attack mode.

Of course, any hive that is unhealthy is prone to be cranky. When the the level of varroa mite infestation is high, the bee colony suffers.

This leads to having more mites per bee and the unbalanced population results in unhealthy bees. While the population numbers are still up, you may notice a stronger defensive response in hive with mite infestations.

The transition period from late Summer to early Fall, is the most common period for our bees to “get an attitude”. The bee colony knows that Winter is coming.

They sense the end of the foraging season. This can be especially frustrating to the beekeeper trying to do some Fall feeding. The bees don’t know you are trying to help.

After working hard all Summer to store food, giving it up without a fight is not an option. Winter survival depends on sufficient food stores.

Okay, do you stink? Well, I mean does your beekeeping suit stink? If your suit or gloves has alarm pheromones or venom from previous stings this may trigger an aggressive honey bee response.

It is not only honey bee alarm pheromones to be concerned about. Bees are very sensitive to odors. Sweat or other strong smells can have a negative effect on the attitude of your hive.

Wash your bee suit occasionally. And, as I always tell the students in my online beekeeping class – “don’t go to the bee yard smelling like a bear. ” Strong smells and honey bees are not a good combination.

It is also a good idea to avoid wearing dark colors in the apiary. Perhaps you do not want to wear a full suit, a long sleeve white shirt can be beneficial.

Africanized bees (Apis mellifera scutellata) are present in many parts of the Southern US. In most ways, they are very much like our everyday bees in the field.

However, colonies with these genetics are much more defensive than the European Honey Bees that we are accustomed to working. The media has labeled them as “killer bees” due to the danger involved when a colony is alarmed.

Confirmation of African genetics requires the use of a lab, you can not identify them with the naked eye. If you live in an area with known African genetics, be vigilant in keeping docile queens in your hives.

Still, it is important to understand that even normally gentle colonies can become very defensive. Just because you have an angry hive – it does not mean they are killer bees.

How to Deal With Aggressive Honey Bees

We can easily see that many factors can affect the temperament or aggressiveness of our honey bee colonies.

Some of the issues are seasonal and things will calm down once cool weather arrives. But what is the considerate beekeeper to do until the hives calm down?

It is a common practice to replace the queen in a hive that is constantly aggressive. The odds are that the new queen will produce a calmer worker force.

To increase the odds of being successful, you may choose a breed or hybrid bee that is know to be easier to work with. But don’t be too quick to blame your queen, especially late in the season.

Problems with Mean Bees Can Be Overcome

If your colony is well fed and healthy and not being disturbed by predators, they may just be experiencing the end of the season defensiveness.

Rarely a beekeeper may decide to destroy a dangerous colony and this can be a wise decision. However, don’t bee too quick to make this decision.

A little patience may allow the colony to calm down when conditions approve. Or, you should consider giving them a different queen and hope that her genetics will produce a calmer bee. 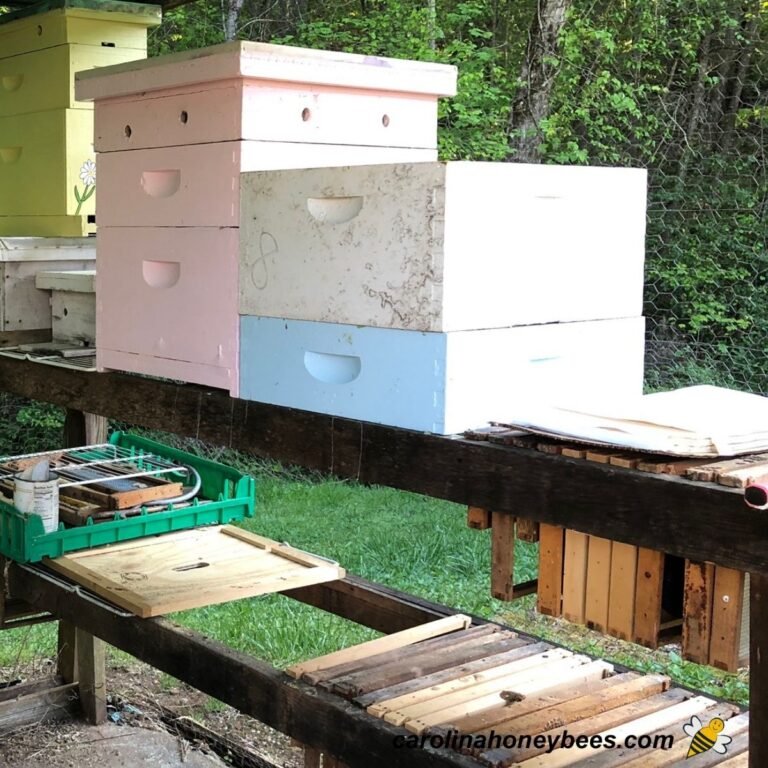 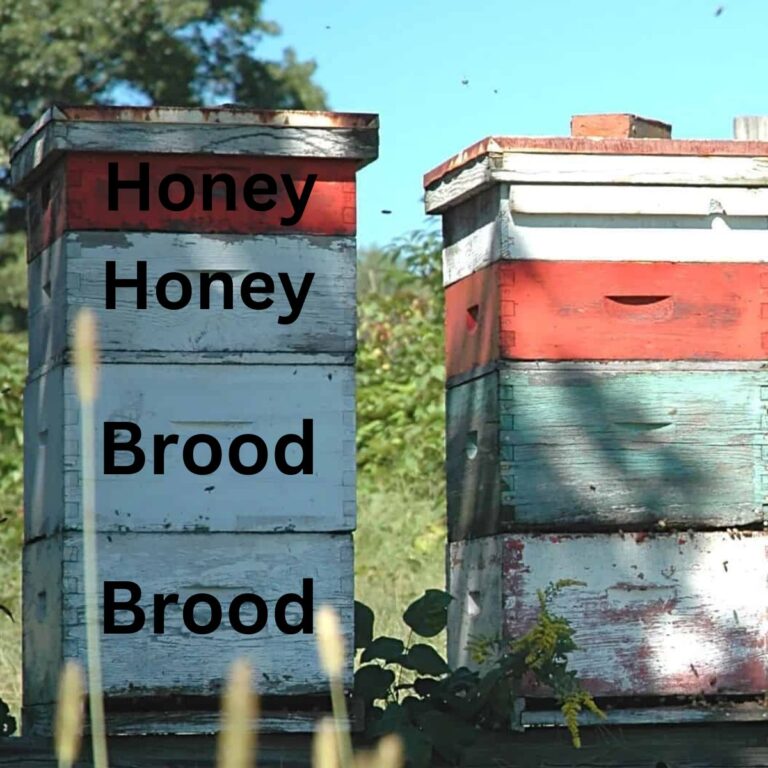 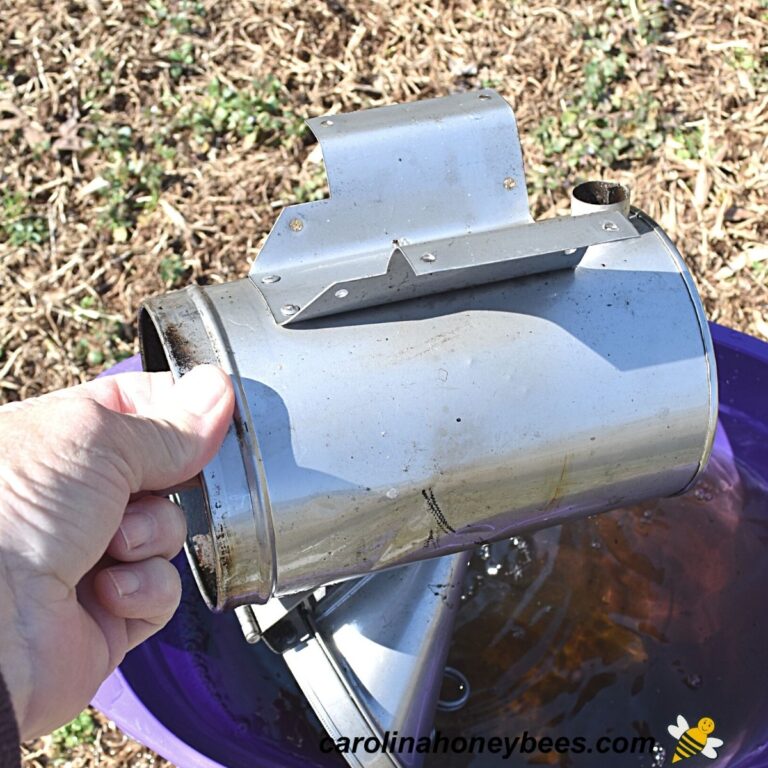 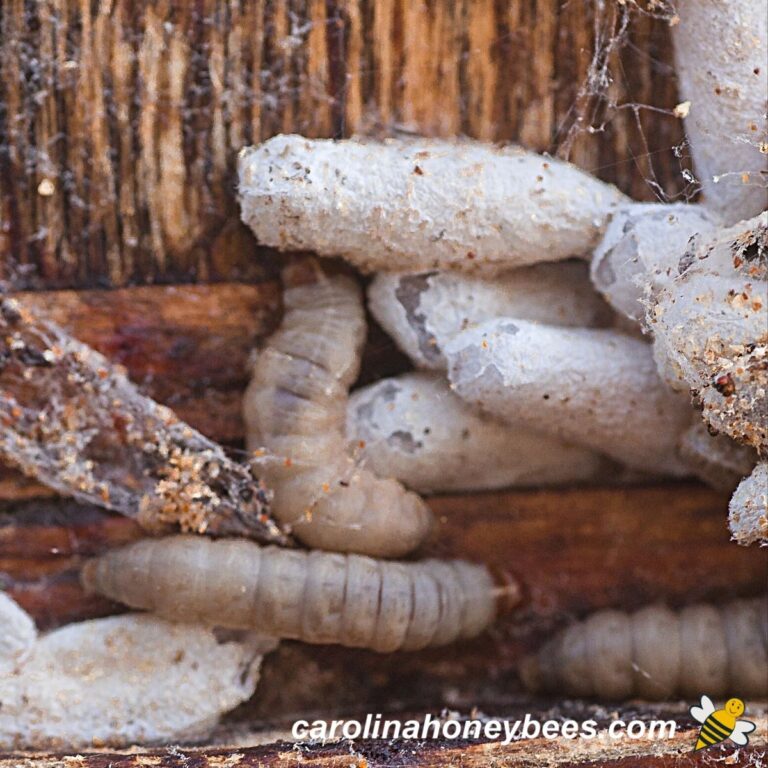 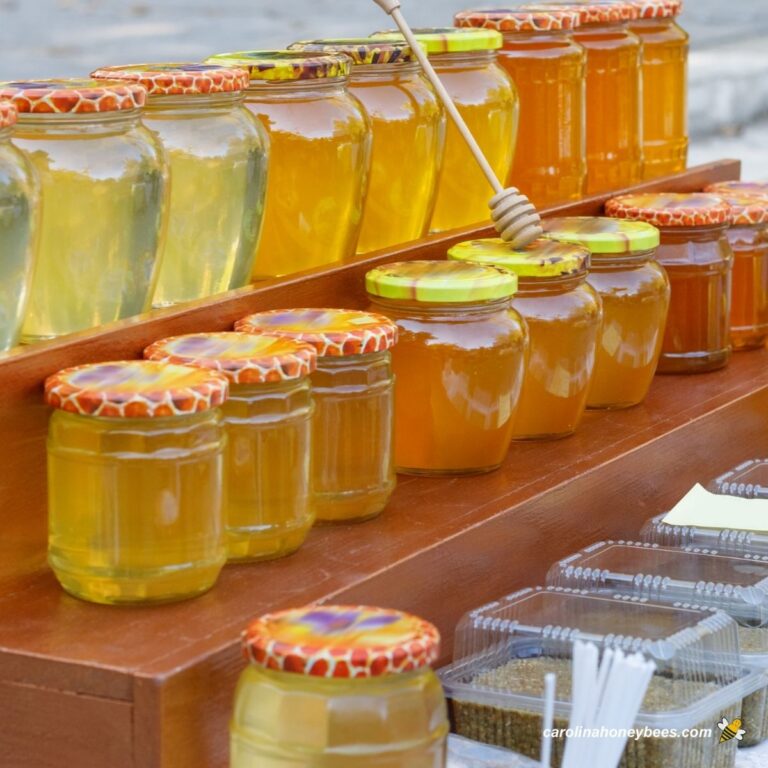