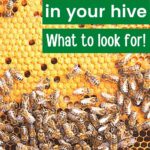 Listen in on any conversation among a group of beekeepers and someone is sure to ask – How is your brood pattern? What does this mysterious term mean and why do beekeepers care so much about it? Learn to evaluate your own brood pattern in your hives. This is a necessary skill for beekeeping success.

Evaluate Your Brood Pattern – Is it a Good One

If you have been a beekeeper for a while, you understand the important of monitoring hive conditions. There are several issues to watch out for in the colony. The only way to know what is happening is to look – but what do you look for?

A good population is important it takes a lot of bees to sustain the colony. Of course food – meaning nectar and pollen is necessary. And, we want a queen bee in place that is doing her job. These are some of the most important things for colony growth.

What is a Brood Pattern?

The brood pattern in a beehive is the way that the various forms of bee babies are “laid-out” in the honeycomb cells. Bee brood refers to all stages of developing young bees.

Most beekeepers include bee eggs in this general term – so I will too. The brood nest covers several frames, usually near the interior of the hive. Most colonies store honey over the nest area.

Honey bees normally group their developing young close together. This makes feeding easier and it is easier to keep the area with young at the right temperature and humidity.

Imagine trying to do that if they were scattered across all the frames with a patch here and there.

A good brood pattern shows a uniform egg laying pattern by the queen. Usually moving from the center of the frame to the outward edges of the comb -all stages are present.

Almost all cells have eggs, developing larva or capped brood. It is fine to have a few empty cells here and there.

However, most cells are occupied by young of the same development stage. Eggs are close to more eggs, larva of the same age close together, etc.

A perfect brood pattern is a beautiful thing to see. It is easy to identify once you understand what to look for on the frame. Your frames will not always look like this – even if they are doing well.

Identifying a Bad or Poor Pattern of Brood

Seeing a “shotgun” or “pepperbox” pattern is not a desirable thing in your hive. This means that you have sections of babies here and there with many empty cells in between. Instead of a uniform egg laying pattern, they are scattered.

This can represent several problems in the colony and it is not always the fault of the queen bee. However, any time we see a poor pattern in the brood nest we must consider her possible role in the problem.

In addition to the way brood is placed, the beekeeper should watch for signs of disease. Healthy bee larvae are pearly white and capped cells should all be the same color of tan.

Caps are raised slightly above the surface of the comb – not sunken in. Diseases such as American Foul Brood are always, a possibility. Though this will not usually be the case – be vigilant as you inspect your colonies.

While it is easy to recognize a great pattern or a bad one, it is not always easy to evaluate one that is in the mid range.

There are many variables involved in the timing of how the colony rears young. While the queen has the egg laying role, she is affected by things beyond her control.

Most of the time, your frames will not be filled with developing bees. The amount of number of frames of brood in the hive will vary with local conditions and the time of the year.

The amount of food coming in affects queen laying. If food resources are sparse, the colony does not want to create more mouths to feed. Egg laying is reduced or temporarily stopped during a nectar dearth.

Disease or pest problems also affect the amount of young bees in the colony. Varroa mites are a special problem.

Sick colonies are less productive. The lifespan of adult bees is lessened and some brood does not live to emerge. Nurse bees are fewer and not able to perform their duties as well.

In honey bee breeds being developed for hygienic behavior, you will see more empty cells in the nest area. These bees are selected for their ability to recognize and remove mite infected brood.

And, of course we must consider our queen bee. As she ages, expect her laying rate to reduce until the colony eventually replaces her.

How do you know if you have a good brood pattern? There are some key factors you can look for that will help you decide if your bees seem to be doing okay.

Don’t panic over a small number of dead larvae if most of it looks good. Some conditions can cause some dead but the colony recovers with time. These situations should be monitored.

Do you have worker brood? Drone cells are an important part of the bee colony. We want drones – but we do not want all the capped cells to be drones.

Drone cells protrude from the comb like a bullet shape. They are usually located on the edges of the brood nest area.

If you have all drone brood, laid together in a tight pattern – you may have a drone laying queen. It is time to take action to help that colony by combining them with another colony or giving them a new queen.

Normally, the queen lays one egg per cell. Seeing multiple eggs per cell can signal a problem with laying workers. The beekeeper must intervene to help this colony.

However, keep in mind that a young queen will often have a few mishaps in her first days of laying. If you have a newly mated queen, give her a week or so to work things out.

The beekeeper has an unique opportunity to enter the world of the honey bee. We get to peek inside the inner most workings of the hive. Most of the time, our bees can take care of themselves.

However, routine hive inspections allow the beekeeper to watch for brood pattern problems. This can mean the difference between a recovering colony or a dead one.. 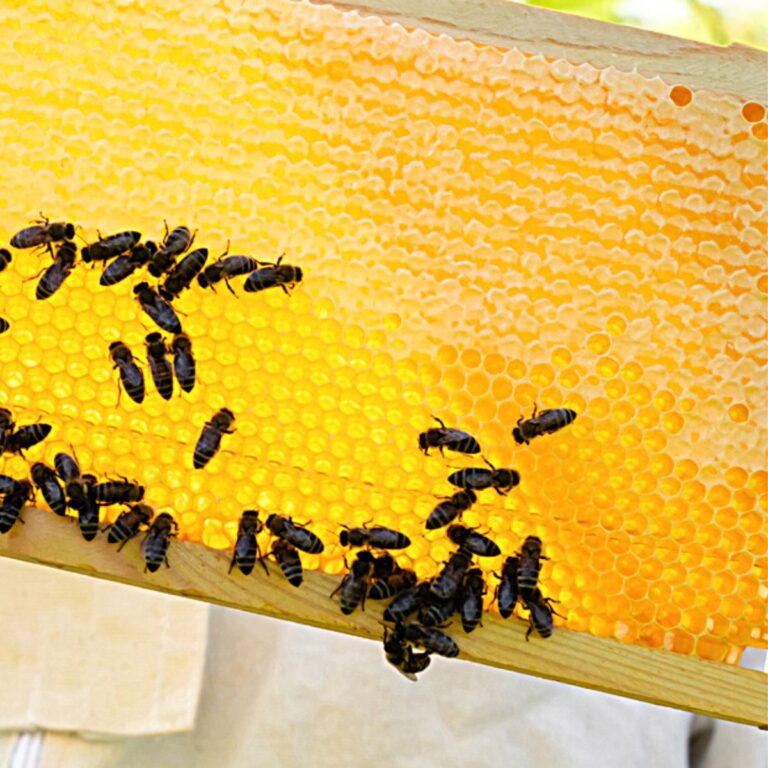 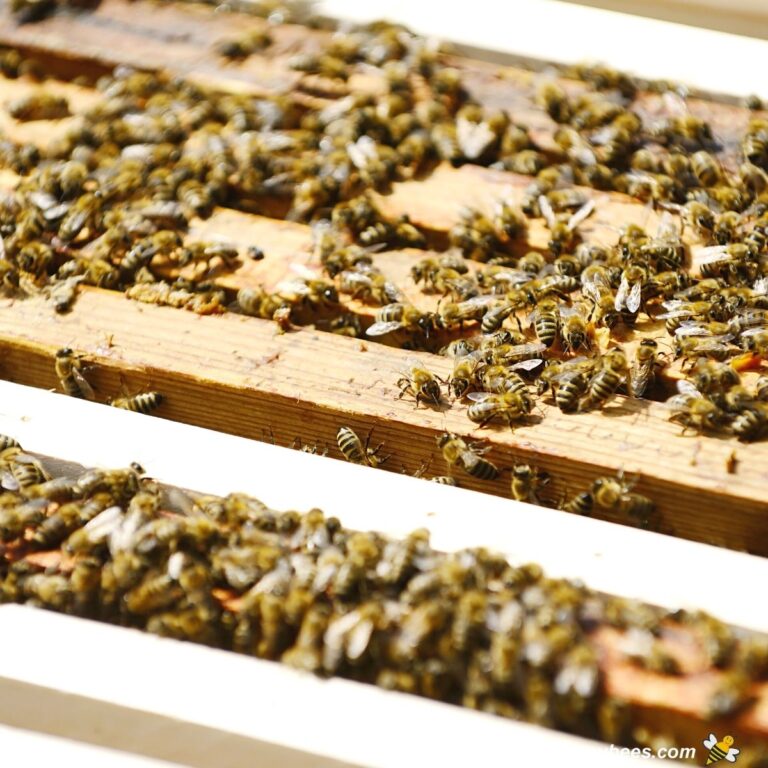 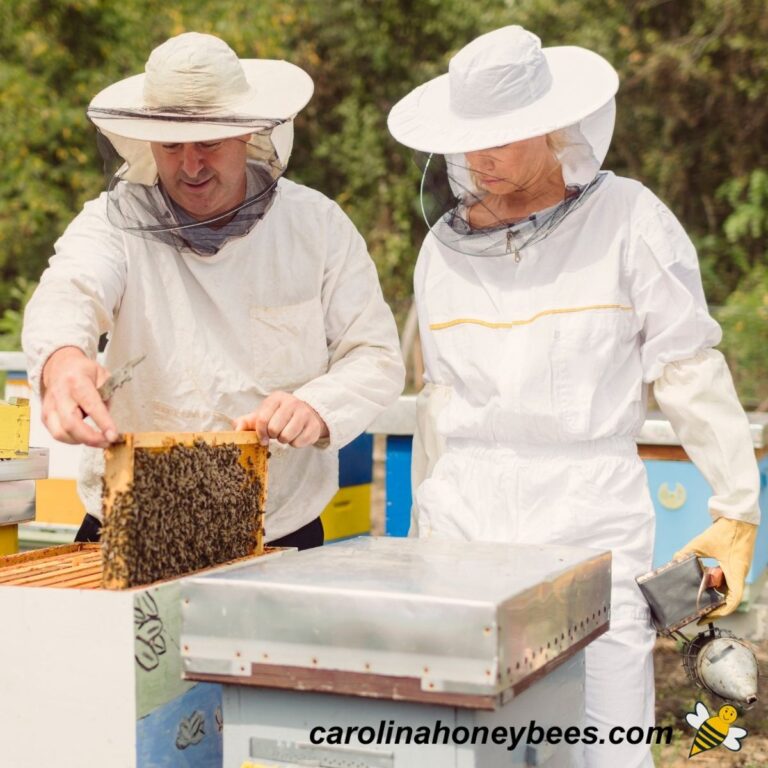