The queen honey bee is by far the most well known honey bee in the colony. We know a lot about the importance of this reproductive female. In fact, many books have been written covering intriguing queen bee facts. Still in spite of all our knowledge, myths about Queen Honey Bees still exist. Some of the things that we think we know are not completely true. Let’s explore the misconceptions about this important member of the honey bee colony. .

A colony of honey bees depends on the efforts of many individuals to sustain life. Among the thousands of female worker bees and drones, we find a single queen bee.

As the only member of the hive that can lay fertilized eggs – colony life would not continue without her. Fertilized eggs develop into female workers or replacement queens. Workers are essential for the hive to survive.

Because bees have such a good work ethic and the queen shows total dedication to her role in the hive – we may sometimes give her even more attention than she deserves.

While she is the most important single bee, she could not live without the efforts of the other members of the hive.

Each one of the above statements has some basis of truth. However upon close inspection, we learn that these statements are not truths in reference to queens. But these common myths about queens honey bees are believed by many people.

Can a Bee Colony Have More Than 1 Queen Bee?

It is a fact that a honey bee colony only has 1 queen bee in normal instances. However, a colony that is in transition may actually have 2 queens for a short time.

The most common time for this to occur is during queen replacement. If the old queen is failing, the colony may make a new queen.

The old queen is usually killed by the new queen or the workers. However, sometimes, the 2 queens will co-exist for a short time.

This may happen more often that we realize. When a beekeeper is inspecting a hive and finds a queen, we often stop looking for another.

Is the Queen Honey Bee the Only Egg Layer?

While the queen is the only reproductive female capable of mating, she is not the only one that can lay eggs.

Worker bees are also females. In a stressful situation where a colony has lost its queen, worker bees will begin to lay eggs.

Unfortunately, workers can not mate. Their unfertilized eggs will develop into drone bees (males) – not workers. Drones do not work or foraging for the hive.

A colony without a mated queen is doomed. Population will drop until the colony dies or is robbed out by a stronger colony.

Does the Queen Bee Mate Inside the Hive?

No, a queen bee can not mate inside the beehive. When a virgin queen is ready to mate, she will fly outside to a special area where drones congregate.

Honey bee mating takes place while in flight. Drones in the area will sense the queen and mate with her in the air. Hundreds of drones will chase the virgin queens.

After mating with 12-20 drones, the queen bee returns to the colony to begin her role as mother of the colony.

Is the Queen Bee Selected by the Workers?

When a colony is in need of a queen, they will attempt to rear a new one. Selecting very young worker larvae, several queen cells are constructed.

Female larva inside the cells are fed a special diet that allows them to develop into young queens. The first virgin queen to emerge from her queen cell will seek out and destroy her sisters.

The workers play a minor role in queen selection. But, it is the fight among the virgin queens that determines the new monarch.

The queen bee does have a stinger. But, the queen’s stinger is different that a worker stinger. Instead of being barbed, it is long and smooth.

The queen does not sting to defend the hive. Her sting is used to battle rival virgin queens. Once she emerges from her queen cell, she seeks out and kills rival queens.

Are Queen Bees Unable to Fly?

Queen bees can fly. Like any honey bee, the queen has 2 pair of wings. During the life cycle of the queen bee, she leaves the hive during 2 life events.

As a young virgin queen, she flies to drone congregation areas for the purpose of mating. This takes place during several afternoon flights during the first few weeks of her life.

The second time a queen bee may fly is during swarming. When a strong colony swarms, the queen bee will fly with the swarm to a new home.

Otherwise, the queen does not fly outside the hive on daily activities. She is too fat and swollen with egg production to fly. And, she does not need to go outside. Her attendants take care of her every need.

Is the Queen Bee Really in Charge?

The queen is the only bee capable of laying fertilized eggs but she does not make colony decisions. It is the worker bees who make decisions for the colony.

When egg laying is needed, the worker clean cells and prepare them for the queen. She will not lay in a cell that has not been prepared.

The queen bee does not feed herself, she is groomed and fed by worker bees. When the colony is preparing to swarm, the queen’s diet is changed to allow her to slim down for flight.

The queen is so important to the hive. If the queen bee dies, worker bees snap into action with a plan to replace her.

It is easy to see that the queen honey bee is one fantastic bee. But in spite of her value to the hive, the queen bee is not the boss or in charge of all hive activities. She is 1 part of a large community where each member of the colony has an important role to play in bee life. 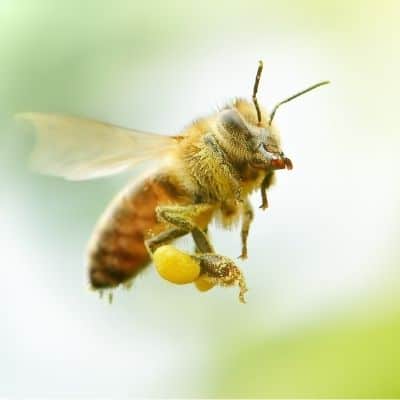 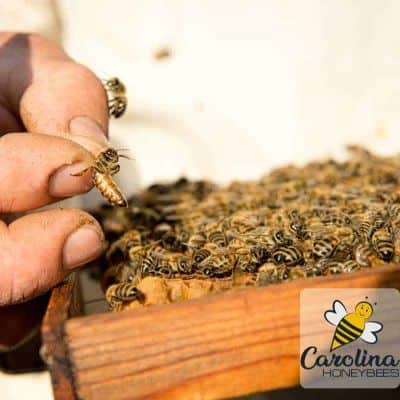 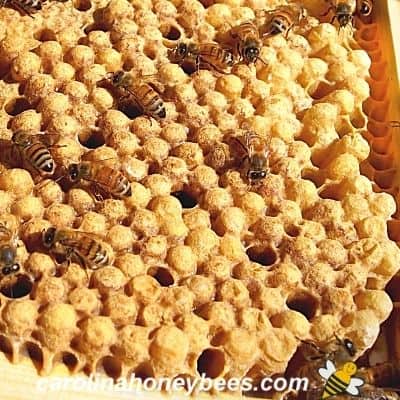 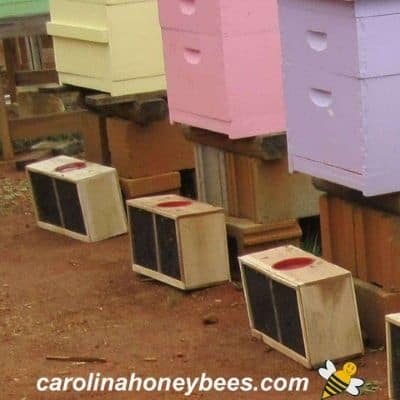